Why does USPS favor foreign shippers? 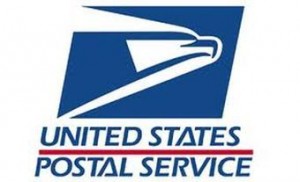 Where possible, policy leaders in this country should make the promotion of American businesses a priority. When the American economy is flourishing, our country flourishes.

That doesn’t mean Americans should shy away from international trade. In our global economy, the shirts we wear, the phones we use and the cars we drive oftentimes are made overseas. Due to a number of factors, there are some products where American companies do not enjoy a comparative advantage compared to foreign competitors and vice versa.

It is understandable that American companies sometimes lose in competition. What is not understandable, however, is when an American entity like the United States Postal Service creates a competitive advantage for foreign producers.

While there are still a number of other business areas in which USPS operates, this should help clarify how it has maxed out its $15 billion credit limit with the U.S. Treasury and finished the last fiscal year with another $5.5 billion loss.

While the postal service appears to be running itself into the ground financially, it is American consumers and American businesses that are disadvantaged. In fact, USPS just reported their 2015 Q1 financials — a new record in package deliveries, and a loss of $754 million. What’s more, it makes 23 of the last 25 financial quarters in which the postal service has operated in the red.

USPS security standards for international shipping have not been meeting the standards that most Americans would expect, either. The postal service does not electronically track packages sent through foreign postal services. This creates concerns for public safety, as unsafe products and food can enter the United States. It creates concerns for national security, as unknown organizations could ship weapons or chemicals into this country. There are also financial implications, as U.S. Customs is unable to collect billions of dollars annually, due to unreported foreign goods entering the U.S. via the Postal Service.

If USPS competitors in the package-delivery market are providing more rigorous security measures and tracking international packages, why is it too much for the USPS to do the same? Since 9/11, our ports have had to take on heightened levels of security and airlines have increased security measures as well. Why is the Postal Service not up to code? Further, if the private shipping companies are forced to charge customers for the cost incurred to ship their package, why can the U.S. Postal Service charge artificially low rates to international customers? These are two critically important questions that need to be addressed.

The U.S. Postal Service should not be subsidizing international package shipments to the detriment of American businesses. Rather, they should be focusing on what they were originally set up to do — to provide letter mail service anywhere in the country at a reasonable rate.