Freedom Centers Defending Freedom Will Obama Outsource US Airlift to Russia or Franc ...

Will Obama Outsource US Airlift to Russia or France? 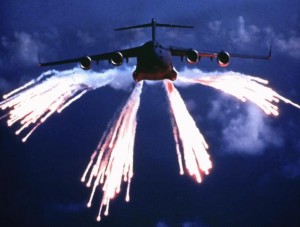 With the headlines dominated by the oil spill in the Gulf of Mexico, a controversial recess appointment, and Cold-war-era spy swaps, it is easy to lose sight of some very important national security issues. How the government spends money is often the real policy more than press secretary statements. With Congress considering defense appropriations, an important question is whether Congress and the President will provide our military with the equipment that they need to do their job and whether the Administration will attempt to balance the budget on the backs of our troops.

There is strong bipartisan support on Capitol Hill for maintaining and purchasing the widely versatile and highly capable C-17 airlifter. It is the only U.S. made military wide-body airlifter and it is the most flexible and most capable airlifter in the world. The C-17 can perform strategic and tactical missions, and serve military and humanitarian functions. It can land on standard runways and austere remote dirt airfields anywhere around the world. It can airlift troops, equipment, and supplies on a moment’s notice, as well as perform medical evacuations.

Additionally, the C-17 is also the logistical backbone of emergency relief and humanitarian efforts worldwide. The C-17 was key in delivering timely aid to Haiti and Chile after earthquakes and helping with clean up efforts in the Gulf of Mexico oil spill. Simply stated, whether in time of war or peace, the C-17 is critically needed.

Despite the C-17’s military importance and humanitarian utility, the Obama Administration has signaled that it will stop purchasing the C-17. Yet the need for C-17s will continue to grow because each year older, less reliable and less capable C-5A airlifters dating back to the 1960s are being retired from the fleet because they are over 40 years old and beginning to fail. C-17s are needed to fill that void. We will need more C-17s simply to maintain our military and humanitarian capabilities.

Yet if the Administration gets its way and effectively shuts down the C-17 program, just a few short years down the road we taxpayers will have to pay out billions to ramp up a new plane and production line or we will be forced to go to the Russians or the French in hopes that they will bail us out by selling us or leasing to us second-rate airlift aircraft.

One might assume that the Administration is cutting the C-17 program to save taxpayers hundreds of billions of dollars, but the cost of the needed five C-17s in 2011 is as little as $1.3 billion — total, not per plane. Choosing to cut the C-17 program to save only $1.3 billion in 2011, will cost U.S. taxpayers tens of billions of dollars in the years that follow and possibly make our military dependent upon the Russians or the French.

This “budget cutting” plan is like a homeowner refusing to patch a hole in their roof to arguably save $200 this month, when in the following months the repair costs will skyrocket into the thousands of dollars. This is the very definition of penny wise and pound foolish!

Additionally, with unemployment at or near record levels, why would we want to kill off the wide-body military aircraft business in the United States and effectively export those jobs to France or Russia? C-17 production supports over 30,000 jobs in 44 states and provides an annual economic impact of $5.8 billion to the U.S. economy.