Iran Must Not Be Allowed Nuclear Weapons 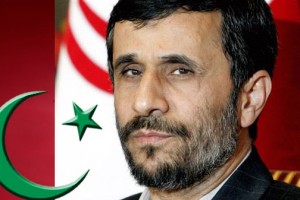 Mahmoud Ahmadinejad made his annual address to the United Nations General Assembly late last week.  He reminded America and the free world just what a crazed world view he purports when he called for an investigation into the United States attack on its own World Trade Centers on 9/11.  It was brilliant theater and a classic distraction technique to be sure.  What he didn’t want you and I to focus on was what his brutal, menacing regime is doing to its own people, to its neighbors, and to the world.

Firstly, I do not call Ahmadinejad “president” because that would confer on him an honor he did not earn and does not deserve.  He was not elected.  He stole his position in what every Iranian knows to be a fraudulent election.  He is not the duly elected president, but the puppet of the mullahs who have put him in place.

Secondly, we must remember what happened after he stole the election and the process was exposed as a massive fraud against the Iranian people. Outraged Iranians took to the streets.  These brave protests became known throughout the world as the Green Revolution or the Persian Awakening.  They were brave because they knew the nature of the regime they were protesting, and which they had voted to remove.  They knew the ruthlessness and brutality of the mullas and the man they had placed in power.

There are many Americans who may say that human rights abuses, while tragic, are not our responsibility, and not a matter of our vital national interests.  I remind my fellow Americans of the brutal actions of the Iranian regime because in another instance, their actions most definitely affect our vital national interests.  Just this month, the International Atomic Energy Agency (IAEA) – a UN chartered organization not known to exaggerate — reported that Iran is denying their inspectors access to Iran’s nuclear facilities, including one in Qum, discovered last year inside a mountain, deep inside a military base operated by the Iranian Revolutionary Guard.  Let there be no mistake.  This is not a peaceful project.  This is a nuclear military facility producing a nuclear weapon for this brutal Iranian regime. The IAEA reported that Iran continues its refusal to report on its advanced technologies aimed at developing advanced missiles with nuclear payloads.

Iran is the leading state sponsor of terror.  It repeatedly threatens our ally Israel, denies the Holocaust, and openly calls for its destruction of the Jewish state.

In another time and place, but facing the same brutal repression of freedom and human dignity, Soviet dissident and gulag prisoner Natan Sharansky warned:  “How a government treats its own people cannot be separated from how that government could be expected to treat other countries.”

This is why I link Iran’s human rights abuses to it nuclear weapons program.  This is not the government of Britain or France.  It is a regime built on terror.  And it is very, very close to possessing nuclear weapons.

We dismiss the actions of the mullahs and Ahmadinejad at our peril.  Every day we fail to act, every day we are distracted, this brutal regime is one day closer to the most dangerous weapon in the world.

As Ahmadinejad takes the stage of the General Assembly, President Obama and every leader of the free world must remember the words of Sharansky:  “How a government treats its own people cannot be separated from how that government could be expected to treat other countries.”  And they must remember the words of that frightened Iranian girl watching her countrymen being butchered by Ahmadinejad’s henchmen:  “You should help us….it’s time to act.”

Deal Hudson is the President of Catholic Advocate found at http://catholicadvocate.com