Wind Farms Getting a Pass on Killing Endangered Species? 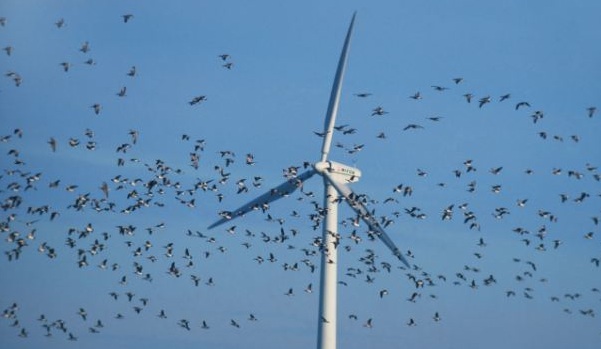 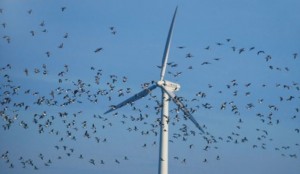 Nothing strikes fear into developers and property owners more than a new critter on the federal list of endangered species.

Case in point: The northern long-eared bat, found in 39 states. The U.S. Fish and Wildlife Service probably will place it on the list in April.

The logging industry is worried.

“The economic loss to the entire state of Michigan would be devastating, if timber harvesting were to be restricted to the winter months in their habitat area,” said Brenda Owen, executive director of the Michigan Association of Timbermen. “This is not a viable solution to the bat’s decline, and it’s never a solution that the Timbermen would stand by and let happen.”

But the wind industry is not, even though wind turbines kill an estimated 600,000 or more bats a year, a University of Colorado study shows. That includes an unknown number of endangered northern long-eared bats.

“Bats are killed in large numbers, and long-eared bats are not exempt from that,” said Kristi Rosenquist, an activist who led a successful effort to stop a Minnesota wind farm. “There’s more bats in farm fields than the wind industry thinks. And in the rare projects that have had post-construction studies, the number of dead bats has been way higher than predicted ahead of time.”

A deadly fungus also threatens the northern long-eared bat with “white nose syndrome,” killing off 99 percent of the species in some Eastern states. Since 2006, the incurable disease has wiped out an estimated 5.5 million of the cave-hibernating creatures.

But federal authorities appear to be taking a kinder, gentler approach with the wind industry, which runs counter to Fish and Wildlife’s perceived hard-nosed role when it comes to threatened species.

“We’re working with the American Wind Energy Association right now on a fairly large, multi-state conservation plan for wind energy for Indiana bats, which is an endangered species, and northern long-eared bats may be considered as part of that,” said Georgia Parham, a USFWS public affairs specialist. “That is something that we have available under the Endangered Species Act to deal with instances, where a listed species might be killed or harmed, during an otherwise legal activity.”

Under the plan, the agency issues an “incidental take permit” as part of a mitigation strategy that allows recipients to legally kill endangered bats without prosecution. Seven wind farms have posted federally approved Habitat Conservation Plans for the endangered Indiana bat that effectively protect investors for up to 50 years on one project.

Tom Steward is a reporter for Watchdog.org, a national network of investigative reporters covering waste, fraud and abuse in government. Watchdog.org is a project of the nonprofit Franklin Center for Government & Public Integrity.