A Genocide the ICC Chooses to Ignore Is Still A Genocide 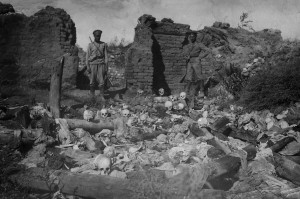 While restricting even stupid and/or counterproductive speech is not a great idea — isn’t it better to know what the ignorant are thinking and counter it with reason and persuasion? — it is refreshing (and telling) to see Cyprus acknowledge that the arbitrary whims, manias and decrees of the International Criminal Court are neither the final definitive word on what constitutes reality nor beyond question by the sovereign nations the aspiring transnational behemoth seeks to lord over.

Via the Cyprus Mail:

Lawmakers on Monday agreed to amend current legislation criminalizing the denial of genocide if the genocide in question has been recognized by the House.

As it stands, the law states that denial of crimes against humanity and genocide is a criminal offense only where the crime in question has been recognized by irrevocable decision of an international court.

Cyprus is among 22 countries that have recognized the Armenian genocide. However, because the International Criminal Court has not recognized it, thus far denial of the genocide was not a criminal offense here.