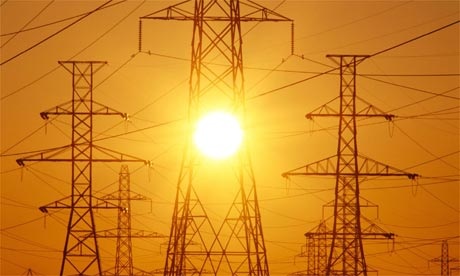 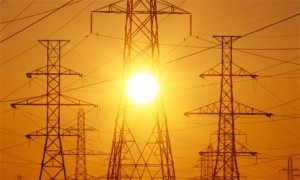 For the first time ever, the average price for a kilowatthour (KWH) of electricity in the United States has broken through the 14-cent mark, climbing to a record 14.3 cents in June, according to data released last week by the Bureau of Labor Statistics.

Before this June, the highest the average price for a KWH had ever gone was 13.7 cents, the level it hit in June, July, August and September of last year.

The 14.3-cents average price for a KWH recorded this June is about 4.4 percent higher than that previous record.

Typically, the cost of electricity peaks in summer, declines in fall, and hits its lowest point of the year during winter. In each of the first six months of this year, the average price for a KWH hour of electricity has hit a record for that month. In June, it hit the all-time record.

Although the price for an average KWH hit its all-time record in June, the seasonally adjusted electricity price index–which measures changes in the price of electricity relative to a value of 100 and adjusts for seasonal fluctuations in price–hit its all-time high of 209.341 in March of this year, according to BLS. In June, it was slightly below that level, at 209.144.

Back in June 1984, the seasonally adjusted price index for electricity was 103.9—less than half what it was in June 2014.

In the two decades after that, electricity prices were relatively stable, with the index still only at 29.9 in 1967—an increase of 12.4 percent over two decades.

The composition of U.S. electricity production in January-April 2014 was also somewhat different from the composition of production in January-April 2007. In both years, coal was the top source of electricity. But in the first four months of 2007, coal generated 644,052 million KWH, while in the first four months of 2014 it generated only 548,297 million KWH. That is a drop of 95,755 million KWH or about 14.9 percent.

The 68,516 million KWH of electricity generated by wind in January through April equaled 5.2 percent of the nation’s electricity supply during that period.

The 4,594 million KWH of electricity generated by solar power equaled 0.35 percent of the nation’s electricity supply in the first four months of the year.

Terence P. Jeffrey is editor in chief of CNSNews.com.