Did Obama know about Iran side deal? 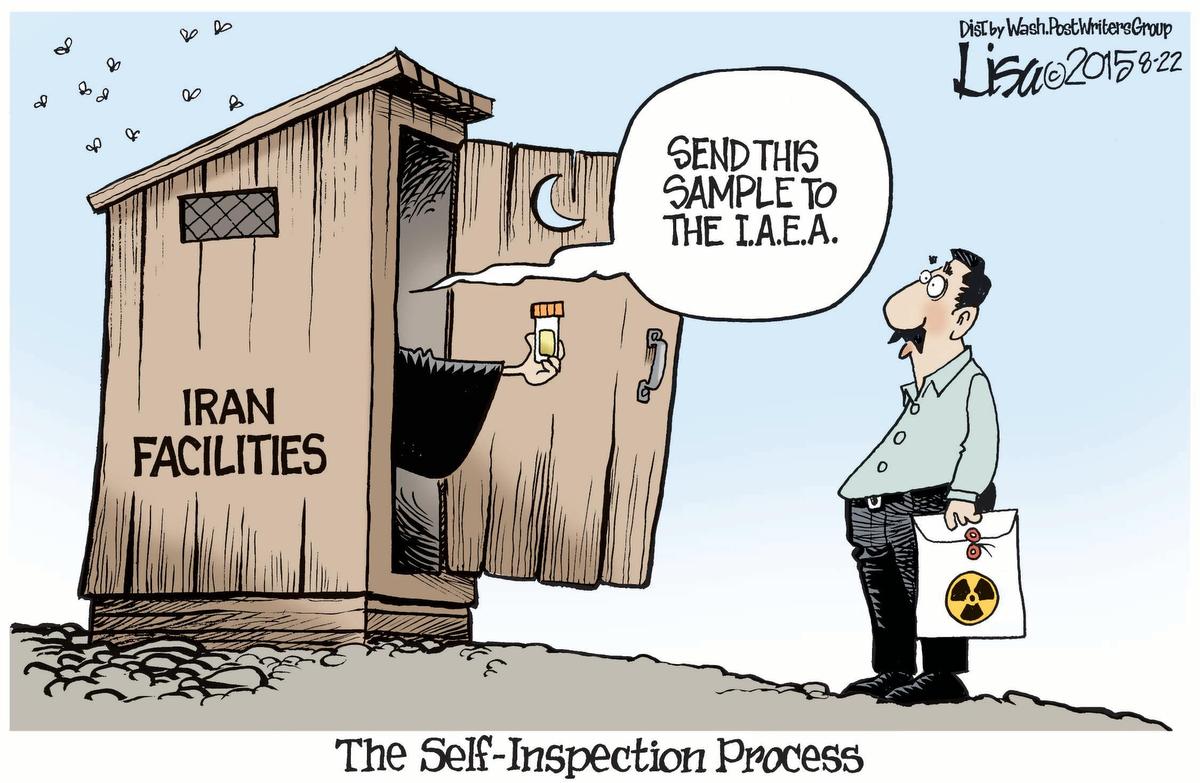 Arkansas Sen. Tom Cotton and Kansas Rep. Mike Pompeo were recently in Vienna, where they met up with the deputy director of the International Atomic Energy Agency.

The U.S. lawmakers charged that the U.N. agency had made a “confidential” side agreement with Iran that was not included in the Joint Comprehensive Plan of Action, the nuclear pact between the Islamic Republic of Iran and the so-called P5+1 (the U.S., Great Britain, France, Russia, China and Germany).

State Department spokesman John Kirby suggested that Sen. Cotton and Rep. Pompeo were lying. “There’s no side deals,” he assured, during a press briefing. “There’s no secret deals between Iran and the IAEA that the P5+1 has not been briefed on in detail.”

Well, either Mr. Kirby didn’t know what he was talking about or he knowingly disinformed the American people. Because several news reports this past week confirmed that there is, in fact, a side deal between the IAEA and Iran about which neither President Obama, nor Secretary of State John Kerry – Mr. Kirby’s boss – have been entirely forthcoming.

The Associated Press reported that, under terms of the controversial side deal, IAEA will not be allowed to inspect Iran’s secret Parchin nuclear site. Instead, IAEA staff will be sequestered outside the facility, NBC News reported, while Iranian inspectors are entrusted with collecting soil samples for IAEA to analyze.

That doesn’t seem to us to be the kind of “unprecedented verification” regime President Obama promised in April, when he hailed the framework agreement that led to the Iran nuclear deal. It also contradicts Mr. Kerry’s assurance last month that the deal “is not based on trust.”

Yet, defenders of the pact suggest that the revelation of the side deal IAEA cut with the government of Ayatollah Ali Khamenei, Iran’s supreme leader, is much ado about a trifle. Because, they argue, Iran has not been conducting nuclear weapons testing at Parchin for more than a decade.

Well, we are not persuaded. That’s because, if there is nothing for IAEA inspectors to see at the complex, Tehran should not object to outside verification. That Iran adamantly refuses to allow the IAEA inside the complex suggests the government still has something to hide.

Meanwhile, we find it troubling that President Obama didn’t bother to apprize lawmakers of the Parchin side deal before he transmitted the Joint Comprehensive Plan of Action to Congress for next month’s up-or-down vote of approval.

We’d like to know if Mr. Obama knew about the secret agreement between the IAEA and Iran. If he didn’t, it makes us wonder what other side agreements he didn’t know about before bestowing his presidential blessing upon the deal. And if he did, we think withholding such pertinent information from Congress should be a deal-breaker for Republicans and Democrats alike.