This is the opposite of what we were told would happen with trillions of taxpayer dollars and an entire generation of children who deserve not to have been guinea pigs in a failed national experiment. 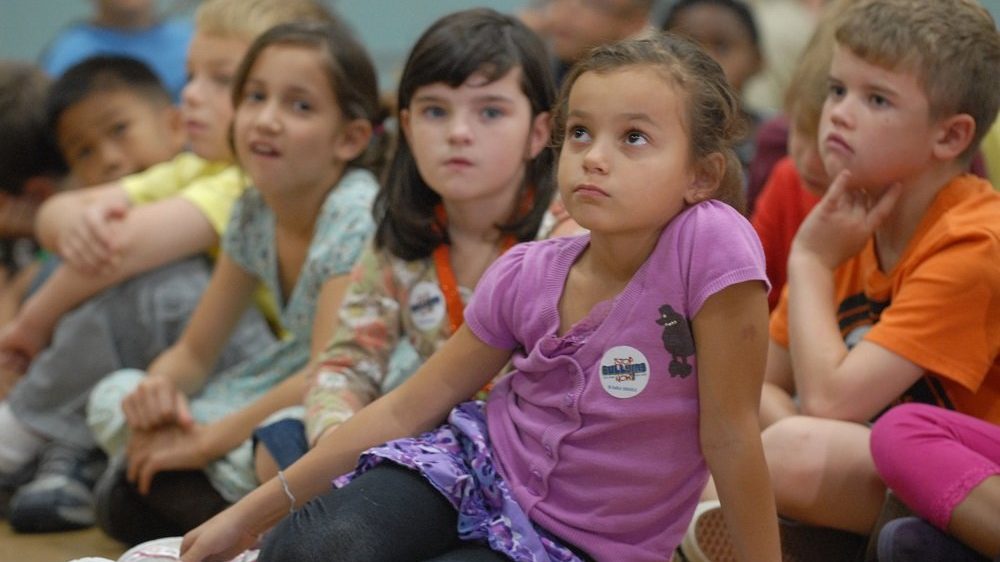 For the third time in a row since Common Core was fully phased in nationwide, U.S. student test scores on the nation’s broadest and most respected test have dropped, a reversal of an upward trend between 1990 and 2015. Further, the class of 2019, the first to experience all four high school years under Common Core, is the worst-prepared for college in 15 years, according to a new report.

The National Assessment of Educational Progress is a federally mandated test given every other year in reading and mathematics to students in grades four and eight. (Periodically it also tests other subjects and grade levels.) In the latest results, released Wednesday, American students slid yet again on nearly every measure.

Reading was the worst hit, with both fourth and eighth graders losing ground compared to the last year tested, 2017. Eighth graders also slid in math, although fourth graders improved by one point in math overall. Thanks to Neal McCluskey at the Cato Institute, here’s a graph showing the score changes since NAEP was instituted in the 1990s.

“Students in the U.S. made significant progress in math and reading achievement on NAEP from 1990 until 2015, when the first major dip in achievement scores occurred,” reported U.S. News and World Report. Perhaps not coincidentally, 2015 is the year states were required by the Obama administration to have fully phased in Common Core.

Common Core is a set of national instruction and testing mandates implemented starting in 2010 without approval from nearly any legislative body and over waves of bipartisan citizen protests. President Obama, his Education Secretary Arne Duncan, former Florida Gov. Jeb Bush, Bill Gates, and myriad other self-described education reformers promised Common Core would do exactly the opposite of what has happened: improve U.S. student achievement. As Common Core was moving into schools, 69 percent of school principals said they also thought it would improve student achievement. All of these “experts” were wrong, wrong, wrong.

“The results are, frankly, devastating,” said U.S. Education Secretary Betsy DeVos said in a statement about the 2019 NAEP results. “This country is in a student achievement crisis, and over the past decade it has continued to worsen, especially for our most vulnerable students. Two out of three of our nation’s children aren’t proficient readers. In fact, fourth grade reading declined in 17 states and eighth grade reading declined in 31.”

On the same day the NAEP results were released, the college testing organization ACT released a report showing that the high school class of 2019’s college preparedness in English and math is at seniors’ lowest levels in 15 years. These students are the first to have completed all four high school years under Common Core.

“Readiness levels in English, reading, math, and science have all decreased since 2015, with English and math seeing the largest decline,” the report noted. Student achievement declined on ACT’s measures among U.S. students of all races except for Asian-Americans, whose achievement increased.

ACT was one of the myriad organizations that profited from supporting Common Core despite its lack of success for children and taxpayers. Its employees helped develop Common Core and the organization has received millions in taxpayer dollars to help create Common Core tests.

“ACT is one of the best barometers of student progress, and our college-bound kids are doing worse than they have in the ACT’s history,” said Center for Education Reform CEO Jeanne Allen in a statement.

These recent results are not anomalies, but the latest in a repeated series of achievement declines on various measuring sticks since Common Core was enacted. This is the opposite of what we were told would happen with trillions of taxpayer dollars and an entire generation of children who deserve not to have been guinea pigs in a failed national experiment.

Perhaps the top stated goal of Common Core was to increase American kids’ “college and career readiness.” The phrase is so central to Common Core’s branding that it is part of the mandates’ formal title for its English “anchor standards” and appears 60 times in the English requirements alone. Yet all the evidence since Common Core was shoved into schools, just as critics argued, shows that it has at best done nothing to improve students’ “college and career readiness,” and at worst has damaged it.

While of course many factors go into student achievement, it’s very clear from the available information that U.S. teachers and schools worked hard to do what Common Core demanded and that, regardless, their efforts have not yielded good results. A 2016 survey, for example, found “more than three quarters of teachers (76%) reported having changed at least half of their classroom instruction as a result of [Common Core]; almost one fifth (19%) reported having changed almost all of it.”

An October poll of registered voters across the country found 52 percent think their local public schools are “excellent” or “good,” although 55 percent thought the U.S. public school system as a whole is either just “fair” or “poor.” Things are a lot worse on both fronts than most Americans are willing to realize.

Compared to the rest of the world, even the United States’ top school districts only generate average student achievement, according to the Global Report Card. Common Core was touted as the solution to several decades of lackluster student performance like this that have deprived our economy of trillions in economic growth and would lift millions of Americans out of poverty. That was when U.S. test scores, while mediocre and reflecting huge levels of functional illiteracy, were better than they are now.

It is thus still the case, as it was when the Coleman Report was released 53 years ago, that U.S. public schools do not lift children above the conditions of their home lives. They add nothing to what children already do or do not get from at home, when we know from the track record of the distressingly few excellent schools that this is absolutely possible and therefore should be non-negotiably required. But because the people in charge of U.S. education not only neither lose power nor credibility but actually profit when American kids fail, we can only expect things to get worse.