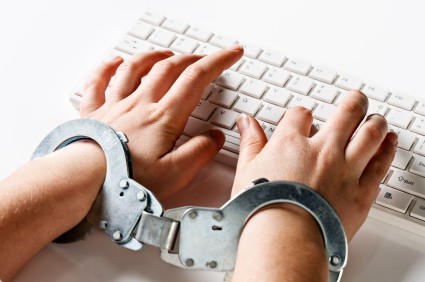 That’s no surprise—except to Obama administration officials who apparently never considered how hard it would be to replace U.S. stewardship.

Since the Clinton administration, the U.S. Commerce Department has overseen key operations of the Internet, preventing other governments from politicizing the Internet outside their borders. Bill Clinton opposed the Obama plan soon after it was announced, warning: “A lot of people who have been trying to take this authority away from the U.S. want to do it for the sole purpose of cracking down on Internet freedom.”

The Obama administration is sticking to the September deadline to give up the U.S. contract with the Internet Corporation for Assigned Names and Numbers, known as Icann, which controls the root zone of domain names and addresses on the Internet.

If a U.S. contract no longer holds Icann accountable, what will? There is no known form of corporate governance that can ensure that Icann, a nonprofit based in California, remains out of the control of authoritarian governments. Its board will be subject to control by governments determined to give themselves dominance over the other stakeholders.

A report issued last week by a pair of think tanks, Britain’s Chatham House and Canada’s Centre for International Governance Innovation, warned against “the unilateral decision of the U.S. government to remove itself from one of the central positions in Internet governance.” The report observed that the U.S. contract contains “a number of extremely important provisions, which are principled and sensible mechanisms, and which are now deeply engrained in the structure of contemporary Internet governance.”

The report proposes giving Icann’s customers, such as domain registries, contractual rights with the organization similar to the operating requirements under the Commerce Department contract. A bill introduced in the House by Rep. Mike Kelly (R., Pa.) on Nov. 19 would place the root zone file under the control of private-sector domain registries instead of Icann.

Giving control of key Icann functions to its top customers could help prevent authoritarian governments from censoring sites they don’t like. But the approach would disenfranchise other stakeholders, such as the network engineers and civil-society groups that help keep the Internet open.

Icann has spent the past nine months trying to come up with a new governance model, to no avail. Its Accountability Cross Community Working Group acknowledges that it can’t meet a September deadline for answering key questions, including “What mechanisms are needed to ensure Icann’s accountability to the multi-stakeholder community once [the U.S.] has disengaged from its stewardship role?”

By then, the U.S. would no longer have leverage to protect the current system. With Icann admitting it can’t meet the September deadline, the Obama administration should forestall disaster by renewing the Icann contract.

Even if officials still want to give up control, the administration lacks the constitutional authority to act without congressional approval—and Congress has declared unanimously over the years the U.S. should continue its role. Congress alone has the power to “dispose” of government property, which the Commerce Department contract with Icann creates: “All deliverables under this contract become the property of the U.S. Government.” Icann has annual revenues of more than $300 million, making it property of real value.

As Washington dithers, authoritarian regimes grow more brazen. China hosted a “World Internet Conference” Nov. 19-21. It was run by the State Internet Information Office, which operates the world’s largest firewall, keeping Chinese people from accessing the global Web. The rallying cry of the conference was “Respect Internet sovereignty of all countries.”

The Obama administration is so uncomfortable with American exceptionalism that it violated the cardinal rule of good government: If it ain’t broke, don’t fix it. Under U.S. protection, the Internet became the wonder of the modern world. The U.S. should retain stewardship over the Internet and postpone any fixing of the Internet until there is a problem to fix.