James Mattis: The founding virtue of our country

Let us restore trust in one another 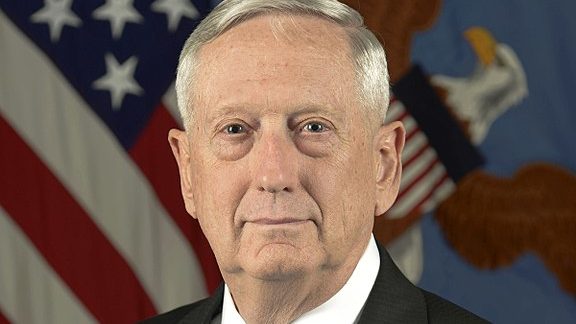 As I studied Al Smith, I had to look him up and learn more about him. I found what we find in many great leaders — Abe Lincoln, FDR. It’s a focus on making our country a little better when we hand it to the next generation, and having a nonpartisan approach to team-building.

We meet in the spirit here tonight of unity, friendship and patriotism. And so I turned to history, for we’ve been through tough times in the past in our country, and often in history. I have found the way forward.

It’s tempting this evening to look back exactly a century to 1919, the year that Alfred Emanuel Smith first took office as governor of New York. It was in many ways a troubled time. Anti-immigrant fervor ran high, political corruption made national headlines. The glitz of the Jazz Age was real, yet working and living conditions for much of the American population were abysmal. The country was enjoying an economic boom, but a storm was on the horizon. So there’s a certain resonance here with today.

Tonight, I’d like to recede even further into history to 1838 and to Springfield, Ill., and an organization there called the Young Men’s Lyceum, which Abraham Lincoln’s friend William Herndon once described as a society that contained and commanded all the culture of that place.

The month was January, and Lincoln himself was just shy of 29. Violence by supporters of slavery had shattered the state and the nation. At the Young Men’s Lyceum, Lincoln rose to give an address called “The Perpetuation of Our Political Institutions.”

It’s a long speech, by my reckoning enough for 12 Al Smith dinners, and there weren’t any jokes. But the core of its message can be simply stated.

Lincoln observed great nations crumble for one of two reasons The first is aggression from the outside … [but] it was not the foreign aggressor we must fear. It was corrosion from within. The rot, the viciousness, the lassitude, the ignorance. Anarchy is one potential consequence of all this. Another is the rise of an ambitious leader, unfettered by conscience, or precedent or decency who would make himself supreme.

“If destruction be our lot,” Lincoln warned, “we must ourselves be its author and finisher.”

I think often of Abraham Lincoln’s Lyceum speech because it embodies both our greatest hopes, and our darkest fears. Today, in our own time, we need only look around us. For decades, our political conduct has been woeful and a source of national paralysis. We have supplanted trust and empathy with suspicion and contempt. We have scorched our opponents with language that precludes compromise. We have brushed aside the possibility that the person with whom we disagree might actually sometimes be right. We proclaim what divides us and seldom even acknowledge what unites us.

Meanwhile, the roster of urgent national issues has continued to grow unaddressed and, given the paralysis, impossible to address, and all of this was approaching a level of crisis even before the specter of impeachment arose.

This is the moment for an act of remembrance. Remembrance of the core principles we used to know and live by, and that we now seem to have forgotten.

We seem to have forgotten that America is not some finished work, nor is it a failed project. Rather, it’s an ongoing experiment for which all of us bear responsibility, including a responsibility to repair.

We seem to have forgotten that the foundational virtue of democracy is trust. Not trust in one’s own rectitude or opinion, but trust in the capacity of collective deliberation to move us forward.

We seem to have forgotten that cynicism, which has now infected the Western democracies, is not realism, for all the weary and knowing heirs it affects. Cynicism is just cowardice.

And finally, we seem to have forgotten the paramount importance of those bonds of affection that Lincoln once spoke of.

We need one another more than ever when the chips are down.

Historically, we have come together in those moments; after the attack on Pearl Harbor, after the 9/11 attack on this very city. The surest path to catastrophe is to ignore our better angels and sever those bonds of affection.

It is hard work to make our democracy work, and indeed our Constitution was designed to make it hard. But as hard as it might be, it is also noble work, for we’re building a country here.

… One day [in Iraq when I was in command there] we apprehended an insurgent in the act of planting a mine on a major road. In fact, it was a road I’d just driven on. Now a prisoner bound hand and foot, he was brought to me by the Marines, because they were surprised to find that he spoke English.

He and I talked for a bit, and I made clear he was lucky to be alive and that he had an orange jumpsuit in his future. He was, no two ways about it, the enemy. At least when he was doing his day job — or his night job. America, in his mind, was the great Satan.

But before he was loaded onto a truck to be taken off to confinement, he said, “General, can I ask you something?” And so I stopped and waited for him. He said, “If I behave myself, if I’m a model prisoner, is there a chance that my family and I can immigrate to America?”

His words reminded me how America is still viewed in the world, even among those who profess to hate it, America remains a power of inspiration in their lives as well. They see our freedoms and our vitality, our long tradition of democratic government, our chaotic and exuberant culture, and they want in.

I often wished that we Americans could see ourselves through foreign eyes. This would remind us of our great good fortune, and of the good things that we have in common. The good things we too often take for granted.

In Springfield, Lincoln invoked biblical language to describe how the power of this common spirit protects our nation. He said, as truly as had been said of the only greater institution, the Gates of Hell shall not prevail against it.

So, ladies and gentlemen, with malice toward none and charity for all, let us restore trust in one another.

This is an excerpt from a speech by former defense secretary and Marine Gen. James Mattis, delivered Oct. 17 at the Alfred E. Smith Memorial Foundation Dinner in New York City.