Freedom Centers Internet Freedom Mark Zuckerberg’s Plan For The Internet Would Be ... 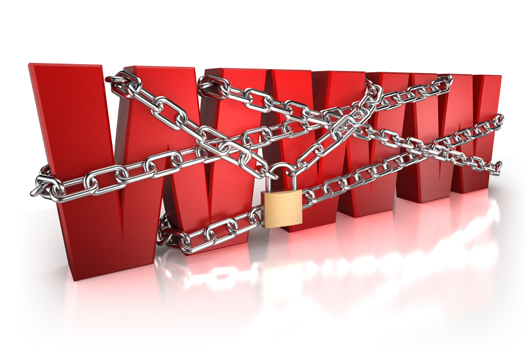 In a recent op-ed, Facebook founder Mark Zuckerberg implored the state to get more involved in governing the internet. “Every day, we make decisions about what speech is harmful, what constitutes political advertising, and how to prevent sophisticated cyberattacks,” he began. “These are important for keeping our community safe. But if we were starting from scratch, we wouldn’t ask companies to make these judgments alone.”

For starters, there’s no such a thing as “harmful speech.” There might be speech that offends us. There might be speech we disagree with. There’s also speech that’s inarguably ugly, dishonest, pornographic or despicable. “We” allow these unpleasant words to go largely unregulated because we value the broader liberty of being able to offer opinions without government censors dictating which thoughts are acceptable.

But if Zuckerberg wants to rid his platform of this “hate speech,” no one is stopping him. Facebook allegedly employs a number of new mechanisms to achieve this very task. Good luck.

But Zuckerberg also claims that “we,” as society, now have a special responsibility to facilitate his efforts to keep people “safe” from reprehensible rhetoric. We have no such obligation. Facebook already offers users the ability to block or ignore accounts they find distasteful. If they don’t like how Facebook is governing speech, they can quit.

The government wouldn’t be able assist Facebook in administering speech codes any more effectively, anyway. Though, bureaucrats would now be tasked with taking on the thorny decision-making process of deeming speech inappropriate. Which is, no doubt, the point.

Zuckerberg’s case for government-instituted speech codes is a cynical attempt to deflect criticism aimed at his company. What his plan does is undermine competition.

If a private company like Facebook sets speech codes that are too stifling for users, another innovator will jump into the gap and create a platform that isn’t. While I assume free political expression isn’t the predominate concern of most social media users, it does exist. When government sets a “baseline” for what’s acceptable for all websites, there’s no longer competition for open debate.

Worse, deliberation over free expression would be moved to the political arena, where the influence of scaremongering officials, ideologues, and rent-seeking tech corporations like Twitter, Facebook, and Google would dominate decisions.

“Lawmakers often tell me we have too much power over speech, and frankly I agree,” Zuckerberg writes. It’s true that the skewed manner in which social media companies regulate political speech is already hurting them. Many conservatives have rightly grumbled about the double standards employed by social media giants. Just this week, Twitter “accidentally” deleted the account of “Unplanned,” a pro-life film, and then reportedly blocked people from following it. This type of mishap happens regularly, and mostly to the same kind of people.

Yet, does anyone really believe handing over Facebook’s speech codes to censors is going to yield better results for open debate in the long run? Do they not remember that the Citizens United decision was the result of bureaucrats attempting to ban political speech? Do they not remember what how easy was for IRS officials tasked as arbiters of political speech to abuse their power? Have any of them seen a state’s civil rights commission in action?

Empowering political appointees to codify the meaning of “hate speech” on the internet would surely result in mission creep and a push to make unpopular topics off-limits–things like “transphobia” or “Islamophobia” come to mind, but there are an array of other topics on both sides of the ideological divide.

Moreover, Zuckerberg wants to institute these plans in “common global framework.” Well, Vladimir Putin recently signed a bill that makes it a crime to “disrespect” the state and spread “fake news.” France, who Zuckerberg says he is already working with, has passed hate-speech laws that allow the banning of political content. As do many other nations, including Canada. And let’s not forget fully authoritarian nations like China. Are those the countries that Zuckerberg trusts to assist the United States in instituting a framework for acceptable Internet speech?

Zuckerberg also contends that we need speech codes to protect our “elections.” There is nothing wrong with our elections—other than Donald Trump’s victory rankling Democrats. The left and their allies like to attribute election losses to nefarious “dark money,” fake news, and social media bots, all of which apparently have the ability to bore into the minds of Americans and induce them vote for Republicans. In the real world, however, there’s no evidence that a single vote had been altered because of a few hundred thousand dollars in Facebook ads.

There are, of course, already laws that make it illegal for Facebook to accept money from foreign nations attempting to inject themselves into U.S. elections. In a disorderly and accessible Internet, it is impossible to stop them every time.

And, in the end, having an occasional amateurish fake news piece drop into your social media feed is far preferable to having a government censor deciding what constitutes appropriate news. Any crackdown on alleged “fake news”—one of the evils of the internet, according to Zuckerberg—can easily be manipulated to target inconvenient speech. If the Russian collusion episode has taught us anything, it’s that fake news isn’t always what it seems to be. And liberals would, no doubt, agree that President Trump’s definition of “fake news” doesn’t mesh with their own.

In any event, it’s far more likely that Americans latch onto ads and news that already conform to their opinions. Political scientists at the University of Michigan and Princeton found that influence of fake news has been wildly over-hyped. According to the researchers, “fake news” reached a sliver during the 2016 presidential election, making up 2 percent (or less) of the average person’s online news consumption. Researcher found there was “no credible evidence exists that exposure to fake news changed the outcome of the 2016 election.”

But like every crony capitalist who’s ever tried to get government to do his job for him, Zuckerberg is attempting to both extricate himself from the responsibility of running his site and attempting to hurt the competition. That’s not surprising. In this case, however, the consequences go beyond mere rent-seeking.