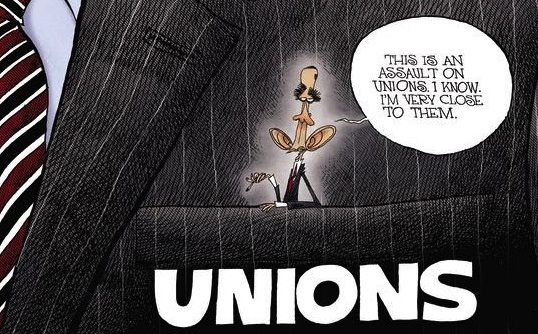 Under Obama, the NLRB has become a partisan wing of labor groups, harassing employers even as courts have ruled invalid many of the agency’s edicts because the five-member board has not had the required quorum of three confirmed members. Obama has worked steadily to pack the labor board with union-friendly appointees, and he did an end run around the Senate in 2012 to install three new members — an action ruled illegal by a federal court of appeals.

The Senate compromise greenlights the president’s NLRB picks of Nancy Schiffer and Kent Hirozawa. But based on the agency’s partisan agenda, workers and businesses have reason to worry about a “functioning NLRB” in a still-fragile economy.

Most famously, labor board General Counsel Lafe Solomon in 2011 sued to block Boeing from locating a new plant for its 787 Dreamliner in South Carolina, claiming the move to a right-to-work state amounted to “discouraging membership in a labor organization.” The action not only threatened the free movement of capital between states (such as Michigan, which today anticipates a competitive advantage in its right-to-work law) but froze business development in the midst of a slow recovery. After months of political outcry, from South Carolina’s capitol to Washington, the NLRB withdrew its complaint.

But the agency has continued to hassle businesses with more rules that could go into effect once the White House has its majority. One of the most noxious is the so-called “poster rule” that forces more than 6 million private employers to display prominent workplace notices alerting employees of their right to form a union — a violation of employers’ free speech rights. Failure to heed the mandate, says the NLRB, would be deemed an unfair labor practice and evidence of an employer’s “anti-union animus.”

Contrast that with the Michigan Department of Licensing and Regulatory Affairs, which has made available — but does not mandate — a poster informing workers of their right not to be required to join a union as a condition of employment. With its decree, the NLRB assumes for itself broad powers beyond its congressional charge to police labor law violations.

“There is nothing stopping the NLRB from imposing further burdens on employers if it gets away with this,” warns the National Federation of Independent Business, which represents small business. “Perhaps next it will require employers to pay employees to attend labor training, or to allow union activists onto their property to lecture employees on labor issues. If we throw away the statutory limitations on the agency’s powers, then anything goes.”

Labor groups are celebrating a reinvigorated labor board. But continued workplace mischief is yet another burden on employers already struggling under new health care regulations in a slow economy.

This editorial was published in the Detroit News.