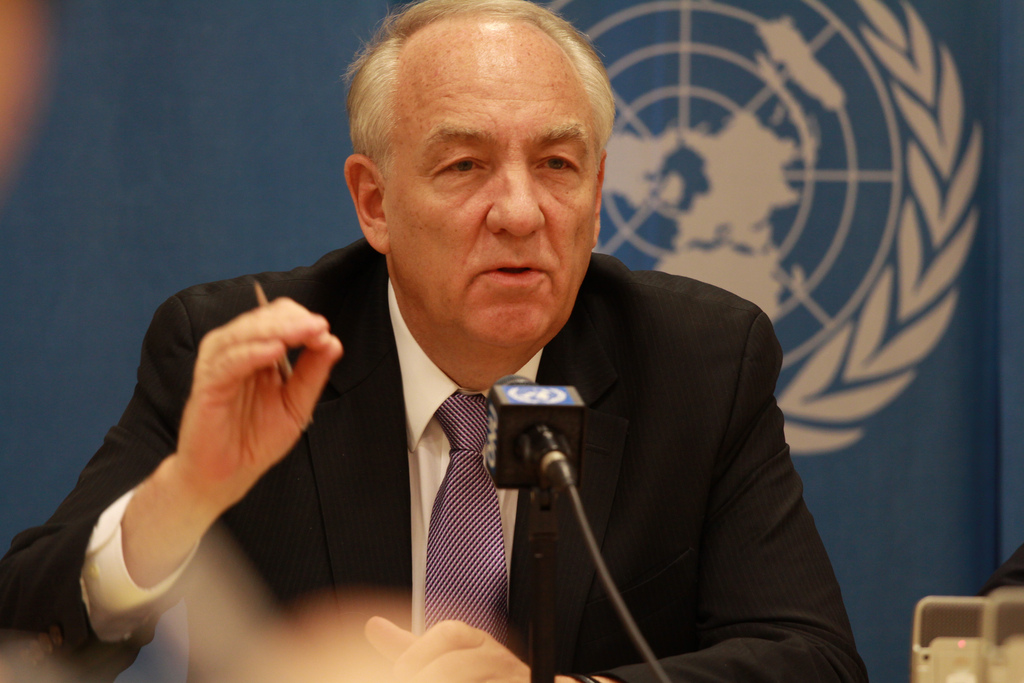 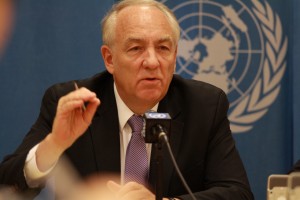 Did you know the United States has an “Ambassador-at-Large for War Crimes Issues”?

Yes, well, don’t feel too badly if you didn’t. It’s essentially the definition of an obscure post. Still, Stephen Rapp — the man who has held it for the vast majority of the Obama Administration’s reign — is giving himself a public pat on the back for what he calls his “quite successful” part in “reversing our strategy of hostility to the ICC and engaging with the ICC supportively.”

Here’s what Rapp recently told JusticeInfo.net when asked, “What is the thing that you have been most proud of?”:

Well I think first our engagement in a positive way with the International Criminal Court, having come out of a period under the Bush administration, at least the first term of George W. Bush, when they wanted to kill this court in the cradle. Under the Obama administration, we took up our position as observers and looked to our law, which restricted us to some degree (a law passed in 2002), but allowed us to assist the court on a case by case basis. So we’re working closely to try to help the court succeed.

The Court, of course, needs all the help it can get — we’re talking about an institution that has blown more than a billion dollars over the last thirteen years to secure exactly two convictions of obscure African warlords; that chases atrocities rather than deterring them; that fancies itself as above reproach as it selectively enforces murky law according to its own rent-seeking needs and whims.

To this end, Rapp cites the United States providing evidence and support as well as its Rewards for Justice program, which offers rewards of up to five million dollars for the information leading to the arrest of ICC fugitives.

Why an organization like the ICC, boasting a yearly budget of over $150 million and precious little to show for it, needs American taxpayers to foot the bill for its tip pool is a mystery on par with Rapp’s excitement about trumpeting the cognitive dissonance and blatant hypocrisy of bolstering a Court his own boss has no intention of ever signing onto and, presumably, would oppose if the ICC ever pulls the trigger on the investigations of Americans with which it openly flirts.

I think that what people often refer to is that we’re in a challenging environment in the world with ongoing conflicts, particularly with the results of the Arab Spring and the war in Syria with 230,000 dead and no way to bring the perpetrators of those atrocities to justice. We don’t have any international or hybrid forum to achieve justice there and our efforts to have it referred to the UN Security Council were blocked by the Russian and Chinese veto, so there are those difficulties, as with arrests for the crimes committed in Darfur, Sudan, under the 2005 UN Security Council Resolution referring that case to the ICC.

As Rapp no doubt well knows, the “great powers” have a non-negotiable position of “An End to Impunity for thee, but not for me” — which the ICC can no doubt understand, considering its own lead prosecutor has the very same policy.

Good thing the Court has Africa.