People go where taxes are low

“Politicians should always remember that taxpayers are not oak trees. Shake them too hard, and they and their money soon will be gone with the wind.” 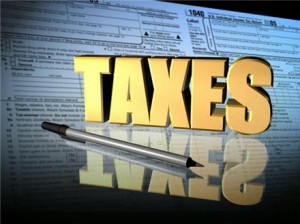 The only thing more stunning than tax-hiking politicians is their unswerving faith that taxpayers, especially ones, simply will smile and surrender even more of their money. This fundamental misunderstanding of human nature is impervious to mounting evidence that taxpayers go where taxes are low.

Last year, a record 1,788 Americans renounced their citizenship, mainly in favor of countries with lower taxes and friendlier political rhetoric.

Golf great Phil Mickelson generated headlines this week when he suggested that high taxes might drive him from his native California or perhaps America.

“There are going to be some drastic changes for me,” Mickelson said.

“If you add up all the federal (levies) and you look at the disability and the unemployment and the Social Security, and the state, my tax rate’s 62, 63 percent.” Imagine keeping just 37 cents of every dollar you earn. Is that a fair share?

Travis Brown, author of “How Money Walks,” demonstrates how Americans between 1995 and 2010 shifted some $2 trillion in wealth by abandoning California, Illinois, New Jersey and other high-tax states and unpacking in low-tax states such as Florida, Nevada and Texas.

“After spending several years mapping and analyzing these data, one correlation keeps popping up: Income moves to where it is most welcome, tax-wise,” Brown writes. “Money walks because opportunity talks.”

As I observe in Brown’s book, this reality is undeniable among the Empire State and its neighbors. “I have identified the most compelling incentive of all,” Paychex Inc. chairman Tom Golisano wrote in the New York Post. “Move out of New York State.” Golisano spent about 90 minutes transferring his voter registration, driver’s license and domicile certificate to Florida. “By domiciling in Florida, which has no personal income tax, I will save $13,800 every day. That’s a pretty strong incentive.”

One-way traffic from the Empire State to the Sunshine State is so steady that Harrington Moving and Storage specializes in easing that exodus. “Our professionals work hard to ensure that you don’t have to during your move from New York to Florida,” boasts the Maplewood, N.J., company’s website. “You can rest assured knowing that your New York-to-Florida move will be smooth, relaxing and seamless throughout.”

Connecticut still is smarting over the relocation of hedge-fund manager Edward Lampert. With an estimated net worth of $3 billion, according to Forbes, Lampert was considered the fifth-wealthiest man in the Nutmeg State. In August 2011, Connecticut increased taxes by $875 million, retroactively to that January. It cut the maximum property tax credit from $500 to $300 and lifted its top state income tax rate from 6.5 percent to 6.7 percent. Then, on June 1, 2012, Lampert moved his company, ESL Investments, to Florida. Lampert also took with him the $10.6 billion that ESL reportedly controlled at that time.

Supply-side economists Arthur Laffer and Stephen Moore found similar unintended consequences after New Jersey boosted its top tax rate from 6.35 percent to 8.97 percent. As they wrote in the Wall Street Journal, “Examining data from a 2008 Princeton study on the New Jersey tax hike on the wealthy, we found that there were 4,000 missing half-millionaires in New Jersey after that tax took effect.” State deficits soon erupted like Jersey barriers beside a ditch.

Politicians should always remember that taxpayers are not oak trees. Shake them too hard, and they and their money soon will be gone with the wind.