Freedom Centers Fuel/Energy Freedom People who claim to worry about climate change use ...

People who claim to worry about climate change use more electricity 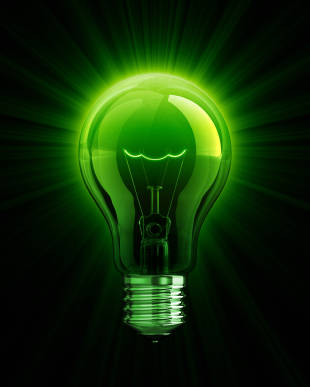 People who say they are concerned about climate change use more electricity than those who say the issue is ‘too far away to worry about’, government-commissioned study finds

People who claim to worry about climate change use more electricity than those who do not, a Government study has found.

Those who say they are concerned about the prospect of climate change consume more energy than those who say it is “too far into the future to worry about,” the study commissioned by the Department for Energy and Climate Change found.

That is in part due to age, as people over 65 are more frugal with electricity but much less concerned about global warming.

However, even when pensioners are discounted, there is only a “weak trend” to show that people who profess to care about climate change do much to cut their energy use.

The findings were based on the Household Electricity Survey, which closely monitored the electricity use and views of 250 families over a year. The report, by experts from Loughborough University and Cambridge Architectural Research, was commissioned and published by DECC.

Those surveyed were asked if they agreed or disagreed with the statement: “The effects of climate change are too far in the future to really worry me.”

“However, we found this was largely due to the effect of age, as older households were much more likely to agree with this statement, and also had lower energy consumption.

“When we separated the pensioner households from the younger ones, there was no significant relationship between this statement and energy use in the pensioner group, and only a weak trend among younger households.”

Curiously, people’s claims about trying to avoid leaving appliances on when not in the room had “no discernible effect on the hours of TV being on, but were significant for computers being on.”

“This means that policy makers cannot rely on stated behaviours alone in assessing the extent to which households turn off unused appliances,” the report noted.

The findings will strengthen the case of those who argue that more coercive methods are needed if people’s energy consumption is to be reduced.

Peter Lilley, a Conservative member of the Commons Energy and Climate Change committee, said: “The survey exposes the hypocrisy of many who claim to be ‘green’: the greater the concern people express about global warming the less they do to reduce their energy usage.”

Matthew Holehouse is a Political Correspondent at the Daily Telegraph.