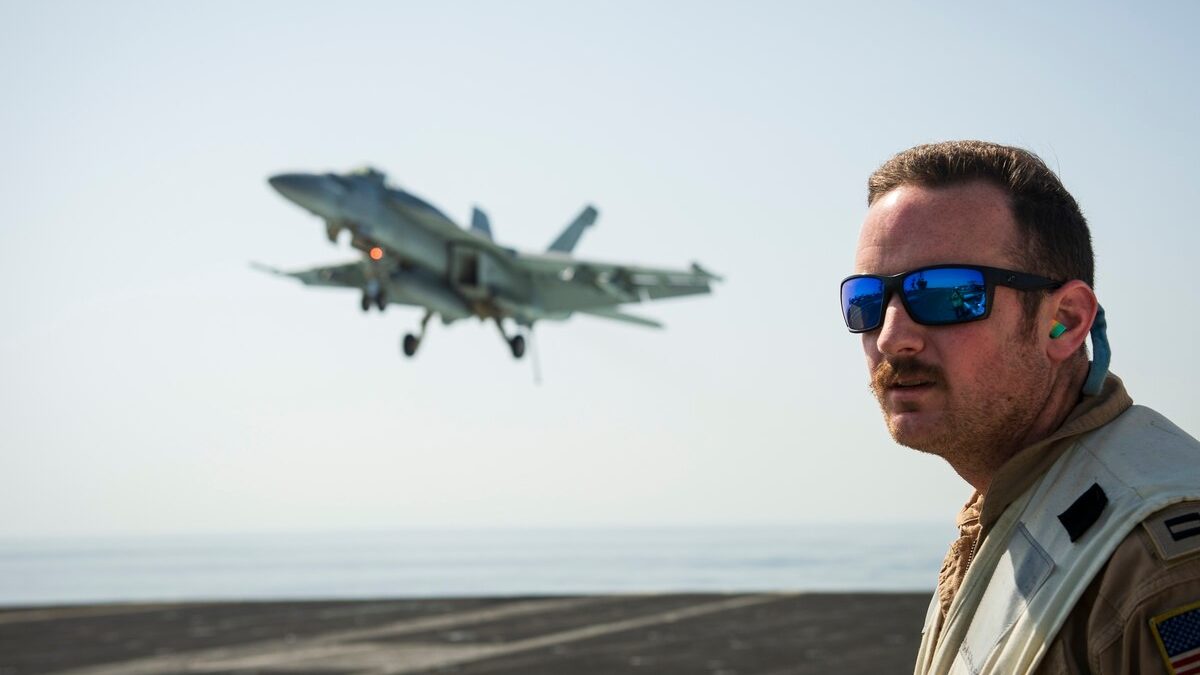 Those who plan for our nation’s defense are often under pressure because of questionable spending decisions made in the past. Money wasted or misspent by lawmakers in Washington increases pressure to slash funding needed for our nation’s defense. Our war fighters should never lack the tools they need because national leaders make poor decisions. Our leaders must ensure our military has what it needs to defend America today, tomorrow and for generations to come.

Our war fighters are expected to defend us against current risks and dangers, and at the same time be prepared for future perils and upgrade our defensive capabilities. But when budgets are tight, we pit current security needs against future security needs. That is dangerous.

We see this playing out now with our nation’s military aircraft. We have a shortage of wings and reduced readiness because for decades we have been using up planes faster than we’ve been replacing them. Next year’s budget reveals that the Pentagon is planning to add zero F-18s to replace older planes that can no longer fly. Thus, the plane shortage will simply get worse while we wait for at least a decade for a new plane to be developed and roll off production lines. And it may be a lot longer because challenges and delays in high-tech development are difficult to predict.

Moreover, as planes get older, they cost more to operate and eventually become unsafe to fly without a major overhaul, which can be staggeringly expensive. Because we’ve allowed our fighter fleet to age, we are at a point where immediate action is necessary. Deciding to buy fewer F-18s than our Navy needs means that the current shortage of wings will only get worse. It will also weaken our capabilities for at least a decade. This is simply too great a risk!

Imagine that you wanted to upgrade your health insurance. Would you cancel your current policy to “save” money so that in 10 years you could afford a more robust health plan? Of course not. The risk exposure would be too great. Similarly, forcing the military to endure aircraft shortages for a decade creates unacceptable risks to our nation’s security.

Our military must continue developing effective and modernized tools for our war fighters. Our adversaries are working overtime to surpass us, and we cannot permit that to happen. But we also cannot afford to leave a 10-year gap in aerial defense and create a large window of opportunity for adversarial nations to seize on our weaknesses.

China has been frantically building a blue water navy that is larger than our own. They have nuclear submarines and missile technology, and have bragged of their future capacity to attack and defeat the United States. Suspending procurement of the aircraft we need over the next decade makes us increasingly vulnerable. There is simply no way to justify that, no matter how bleak the Pentagon’s ledger.

Our enemies are dedicated to finding and exploiting any weakness in our defenses. By forgoing new F-18s, we are shining a spotlight on a significant weakness. This is irresponsible and dangerous. China’s leadership is surely cheering that budget plan in Beijing.

The F-18 isn’t simply a time-tested and proven fighter. The current F-18 has incorporated some of the most advanced technologies — more rapidly in some cases than our latest high-tech F-35 Joint Strike Fighter.

The F-18’s new, low-drag, conformal fuel tanks allow it to fly faster, farther, stay on target longer and sustain a heavier payload, including an impressive array of advanced weapons. It employs next-generation radars, electronic warfare technology, jammers, and computing power and data availability to improve situational awareness and give war fighters the advantage in every confrontation.

Its long-range counter-stealth capability allows it to see the enemy while remaining virtually invisible. As heavyweight boxing legend Muhammad Ali said of rival George Foreman: “Float like a butterfly, sting like a bee. His hand can’t hit what his eyes can’t see.”

Most importantly, the F-18’s airframe has been improved to almost double its serviceable lifetime at 10,000 hours — making it both mission- and cost-effective.

Simultaneously investing in the F-18 Super Hornet while developing next-generation aircraft is the only way to ensure security now and in the future. It sends a clear message to our adversaries that not only are we strong today, but we’re committed to strengthening our defense for generations to come. Continuing procurement of the F-18 also helps to keep defense budgets under control, allowing our pilots to perform missions and train at lower taxpayer cost.

By cutting funding for the F-18, the Pentagon is gambling with national security. Congress and the administration need to step up and ensure that our military is sufficiently equipped to keep America strong today and long into the future. Anything less is unacceptable.