Freedom Centers Constitutional and Political Freedom Present at the Demolition ...

Present at the Demolition

Column: The post-WWII order is ending—and nothing has replaced it 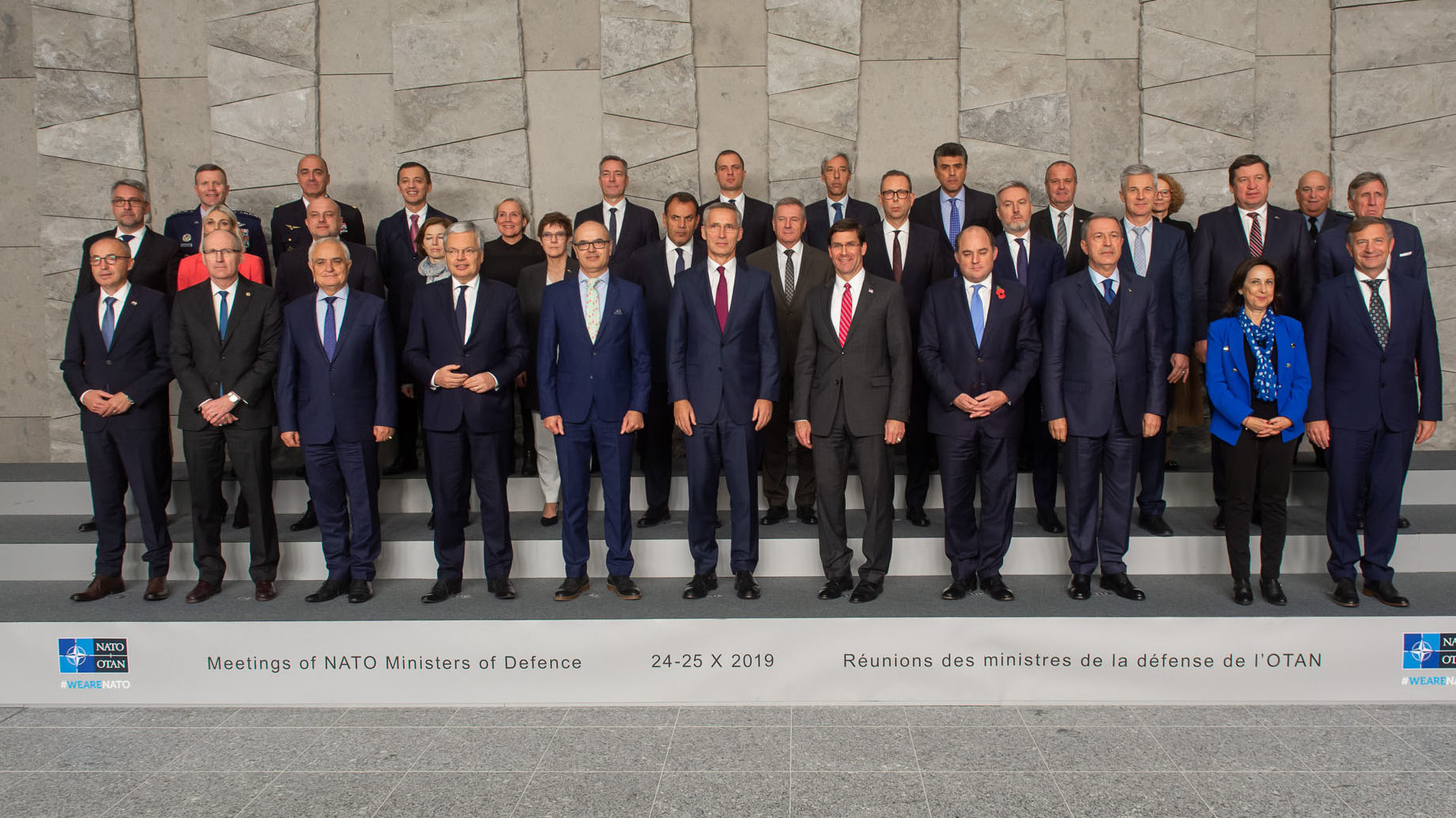 Economists at the World Bank and International Monetary Fund must feel pretty lucky these days. They work for just about the only institutions set up in the aftermath of World War II that aren’t in the middle of an identity crisis. From Turtle Bay to Brussels, from Washington to Vienna, the decay of the economic and security infrastructure of the postwar world has accelerated in recent weeks. The bad news: As the legacy of the twentieth century recedes into the past, the only twenty-first century alternatives are offered from an authoritarian surveillance state.

The pressure is both external and internal. Revisionist powers such as China, Russia, Iran, and North Korea undermine the foundations of global governance and hijack institutions to the detriment of the liberal international order. The institutions themselves lack the self-confidence necessary to further the cause of human freedom. Meanwhile, the most powerful nation in the world has turned inward. Its foreign policy is haphazard and improvisational, contradictory and equivocal. The confusion and zigzagging contribute to the erosion of legitimacy. It delays the emergence of new forms of international organization.

The breakdown was visible at last week’s NATO summit in London. Remarkably, the source of the immediate ruckus wasn’t President Trump. It was French president Emmanuel Macron, who doubled down on his criticism of the Atlantic alliance that he’d expressed in a recent interview with the Economist. Trump disagreed with Macron’s description of NATO as “brain dead.” He and other allies didn’t back Macron’s call for rapprochement with Russia and China and renewed focus on terrorism.

Macron wasn’t the only troublemaker. Turkey’s autocratic leader, Recep Tayyip Erdogan, who recently tested his Russian S-400 air defense systems againsthis American F-16s, said he would block a Balkan defense plan unless NATO designates the Kurdish YPG a terrorist group. The summit ended with a leaked video of Macron, Justin Trudeau, Boris Johnson, and Dutch prime minister Mark Rutte sharing a laugh at Trump’s expense. Haughty euro-elites mocking the American president is always an affront, but it is especially counterproductive now when the alliance is under attack from prominent voices within the United States.

When it was founded, NATO was one part of a strategy whose goal was the prevention of another global war. Security guarantees and the forward deployment of conventional forces bound America to Europe and the Europeans to each other. Another part of the strategy led to the EU. It integrates the economies of nations that unleashed the two most devastating conflicts in human history. It was thought that trade relations contribute to peace and nationalities can be submerged under a continent-sized umbrella. What the architects of Europe didn’t anticipate was popular resentment of bureaucratic administration, the imbalances and fiscal consequences of monetary union without political union, and the reassertion of national identity that results from large-scale immigration.

Today the politics of every major European country is a mess. I write these words on the day of a British election that will determine whether the United Kingdom leaves the EU and whether an anti-Semitic socialist lives in 10 Downing Street. Germany flirts with recession, its chancellor is a lame duck, the grand coalition hosts an SPD under far-left leadership, and the largest opposition party is the Alternative for Germany. Macron might want to spend more time on domestic politics: His approval rating is around 30 percent, striking workers have paralyzed France, and 13 French soldiers were killed in Mali.

National populism has transformed Hungary, Poland, and the Czech Republic and plays a significant role in Germany, France, Austria, and Sweden. No longer deputy prime minister of Italy, Matteo Salvini remains the most significant political figure in his country. “Recent opinion polls indicate that if elections were held tomorrow, Mr. Salvini would not only easily become prime minister, but that a coalition of the League, the post-fascist Brothers of Italy and the remainder of Mr. [former prime minister Silvio] Berlusconi’s Forza Italia would command an absolute majority in parliament,” writesMiles Johnson of the Financial Times. The European leaders who fear Salvini are nonetheless ambivalent about the threat posed by Vladimir Putin and by Ayatollah Khamenei. They are happy to advance the Nord Stream 2 and TurkStream pipelines and circumvent U.S. sanctions against Iran.

Frenetic institution building accompanied victory in World War II. The Allies created organizations devoted to international security, diplomacy, health, and economics. The first to go was the Bretton Woods agreement on international finance, which ended when Richard Nixon took America off the gold standard in 1971. The next was the United Nations, which revealed its corruption and domination by dictatorships in its resolution equating Zionism and racism in 1975. The Iraqi nuclear facility at Osirak (fortunately destroyed by the Israeli Air Force in 1981) was evidence that the Non-Proliferation Treaty is only as good as the regimes that sign it. NATO and the EU survived the Cold War and flourished in the two decades after the dissolution of the Soviet Union but both have run up against the limits of expansion. Both have lost sight of their historic function to preserve the peace.

Sometimes changing circumstances render institutions powerless. That is happening to the World Trade Organization. The WTO, endowed in 1995, was built for a unipolar world. When China joined in 2001, its GDP was one-tenth the size of America’s. Now it’s more than half and China has emerged as a military, industrial, and technological rival. But the WTO still designates China as a “developing” country, which entitles it to certain advantages. President Trump’s campaign against this exorbitant privilege reached an impasse December 10, when his administration blockedjudicial appointments to the organization’s dispute-resolution court. It no longer has the capacity to arbitrate. The WTO is toothless. Hollowed out. What will replace it? Nothing has been proposed.

The motive power behind all of these institutions was American commitment. What upheld the structure was our willingness to sustain the costs of international security and global defense of democracy. That engagement began to wane after the Cold War. By 2008 it was practically nonexistent. The president’s disinterest in foreign affairs is a reflection of his countrymen’s. His administration, to its credit, has proposed great power competition as the basis for a renewed American grand strategy. The follow-through has been difficult.

That has left us with entropy. The international scene is filled with decayed institutions and unpalatable choices. On one hand is the status quo. On the other is China’s Belt and Road Initiative and Made in China 2025. “The crisis consists precisely in the fact that the old is dying and the new cannot be born,” wrote philosopher Antonio Gramsci. “In this interregnum, a great variety of morbid symptoms appear.” And no one has a cure.