Freedom Centers Defending Freedom So Long to the Iran Deal ...

So Long to the Iran Deal 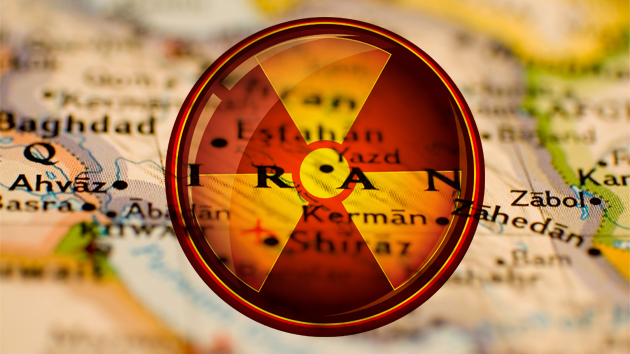 Almost immediately after the news broke that President Trump intends to replace Secretary of State Rex Tillerson with CIA director Mike Pompeo, media figures speculated that the decision was about Russia. The argument went like this: Tillerson was fired because he had recently criticized the Russian government for its attack using a nerve agent on a former spy living in the United Kingdom. He thereby endangered détente with Russian president Vladimir Putin and so, the critics said, Trump sacked him.

Yet the rumor was exposed as false almost as soon as it was aired. For one thing, Tillerson had been informed that he would be removed days before he made his entirely justified condemnation of Russian behavior. For another, the Trump administration soon came out hard against the assassination attempt. Nikki Haley lambasted Russia at the United Nations. President Trump signed a joint statement with the British prime minister, French president, and German chancellor assigning responsibility to Russia. The Treasury Department announced further sanctions against Russian cyber-warfare.

It was Adam Kredo of the Washington Free Beacon who first reported the real story. Tillerson had been engaged in a months-long defense of the Iran nuclear deal that finally reached an impasse when he took Europe’s side in debates over the agreement. As Trump said later, he and his secretary of state disagreed on important policies such as withdrawing from the Paris Climate Accord, moving the U.S. embassy in Israel to Jerusalem, and putting “maximum pressure” on North Korea. When you add his backing of the Iran deal, widespread criticism of his management style, and the fact that he is said to have called his boss a moron, it’s a wonder Tillerson made it this far.

And the Iran deal may not last much longer than Tillerson. Last fall, Trump refused to certify the agreement. In January, he said he was waiving sanctions on Iran for the last time, barring alterations to the deal that strengthened America’s position. Thus began a countdown that will expire in the middle of May. By then, Pompeo likely will have been installed at Foggy Bottom. A longtime critic of both Barack Obama’s Iran policy and the Iranian regime’s international terrorism and domestic repression, Pompeo will give Iran’s rulers plenty of reasons to worry.

They already have plenty to worry about. The protests and riots that broke out throughout Iran at the end of last year exemplified the regime’s weakening grip. Beset by inflation, corruption, and a banking crisis, the Ayatollah Khamenei, President Hassan Rouhani, and Islamic Revolutionary Guard Corps have also to deal with imperial overstretch, changing social mores, and American financial pressure. Additional sanctions, coupled with the increased threat of military action, will make their problems even worse.

Doves worry that the elevation of Pompeo makes conflict between the United States and Iran more likely. They get it backward. We are already in a conflict with Iran, one that Iran has been winning. It was the Obama administration’s diplomacy with Iran that gave it the resources and opportunity to sow chaos and undermine American interests throughout Iraq, Syria, Lebanon, Yemen, Bahrain, and elsewhere. What Pompeo can do is shift the conflict into terrain of our choosing and decide it on our terms.

Deterrence is based on fear of reprisal—a fear magnified by the elevation of elected and appointed officials known to be hostile and unpredictable. We have seen this process at work in the Korean peninsula, where our threats of fire and fury, talk of nuclear buttons, punitive multilateral sanctions, solidarity with democratic allies, and pressure on China have backed Kim Jong Un into an apparent willingness to negotiate.

What is amazing to me is that so many Americans seem not to understand the basic concepts underlying deterrence that have guided American foreign policy for decades. Earlier this year, the Wall Street Journal ran an article with the headline, “Iran’s Fast Boats Stop Harassing U.S. Navy, Baffling Military.” Last August, the story revealed, the Iranian fast boats that have plagued commercial and military traffic in the Persian Gulf for years suddenly stopped their provocations. “It seems like they’ve absolutely made a conscious decision to give us more space,” a Navy spokesman told the Associated Press the other day.

Is this really so “baffling”? Might not the disappearance of the fast boats have something to do with anxiousness on the part of Iran—anxiousness caused by uncertainty that behavior tolerated under Barack Obama would not be tolerated under Donald Trump and Secretary of Defense James Mattis? And might not the presence at the table of Pompeo rather than Tillerson spook the Iranians even further?

Reflecting on the staff shakeup that has so captivated Washington, New York Times White House correspondent Maggie Haberman noted that President Trump is becoming more comfortable in his job and therefore more willing to run the West Wing like the D.C. outpost of the Trump Organization. Improvisational, conversational, unstructured, dynamic, and off the cuff, Trump is also reverting to the issues that won him accolades on the campaign trail: imposing tariffs, visiting the wall, and preparing, with Mike Pompeo at his side, to revoke “the worst deal ever.”