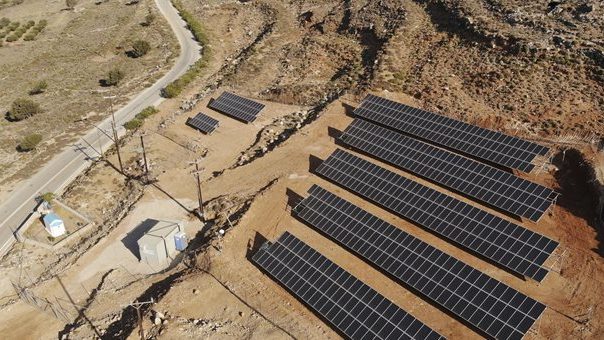 The good times are back. The U.S. economy is performing at levels not seen in more than a decade, with unemployment at its lowest level in a lifetime.

Still, it wasn’t all that long ago when crude was selling for more than $100 a barrel and people were talking seriously about the problem of “peak oil.” The growing global demand for energy made from fossil fuels has U.S. policymakers pushing hard for subsidies intended to accelerate the development and commercialization of energy alternatives mace from agricultural products and coming from the wind and the sun.

The American faith in technology is almost never misplaced. The fracking revolution has turned the U.S. into a net energy exporter. The explosion in the use of natural gas and the development of microgrids powered by it in liquid form have made cheap power a reality once again, without the widespread adoption of renewables. Policymakers, though, have yet to come to grips with the reality and are, under pressure from special interests, trying to keep Bush/Obama-era energy policies in place that do more harm than good.

In 2005, the U.S. Congress adopted the Solar Investment Tax Credit with an eye to speeding the commercial adoption of energy from the sun as a way to heat and cool the nation’s homes and businesses. Whether it helped or not is debatable yet there are calls, even now, to ensure its renewal past its intended expiration at the end of the year.

The renewable lobby is politically powerful, especially given the nexus between those invested in and those who make generous contributions to elected officials. Remember Solyndra? And yet, despite its spectacular failure – which left taxpayers on the hook for who really knows how much – the ITC was already reauthorized in 2015 for solar PV, solar water heating, solar space heating and cooling, and solar process heat.

Right now, under current law, the industry is set to benefit from a 30 percent tax credit extended to consumers who purchase systems used in both residential and commercial properties that are under construction before 2020. Beginning in 2022 the credit decreases, dropping to 10 percent and useful only in commercial settings.

That’s what policymakers agreed to in 2015 to mollify the demands of the green groups who still believe, or at least claim they do, that the nation’s base power needs can be met by renewables without utilizing either nuclear or fossil fuels.

Science tells us that is a pipe dream and will remain one until the technology to store the energy generated by solar fields over the medium term (never mind the long) exists. Battery technology has not yet caught up to the increases the solar and wind energy industries have managed to achieve, meaning lots of generated power is left stranded and unused.

Nonetheless, the demand for another increase in the ITC as well as an expansion of what is covered is being pressed on legislators. The last extension was part of the deal that allowed for the U.S. to enter the crude export market which, while bad policy, makes it worth the price paid.

There are no such opportunities for a similar trade on the table now. The greens will never drop their opposition to energy exploration in the Arctic National Wildlife or the construction of new pipelines to move crude and natural gas produced by fracking to market. And since there’s no opportunity to trade for good policy, the ITC should be allowed to expire, especially since there’s plenty of evidence it’s no longer needed.

Solar, the web site GreenTechMedia reports, “will soon be able to out-compete gas-fired plants around the world on a levelized cost basis.” Large investments from foreign-based solar module manufacturing companies such as Hanwha Q Cells have led to the opening of manufacturing facilities in the United States. And solar energy experienced explosive growth between 2010 and 2016.

According to GTM Research, annual installations grew from just 849 MW in 2010, to more than 15,000 MW in 2016, a record-breaking year when the U.S. solar market nearly doubled its annual record for installations – while tax incentives are factored into the growth, efficiency and affordability have driven the adoption of the technology.

If the ITC worked as intended, as there’s evidence to suggest it did, it’s not needed anymore. And if it didn’t work as those who voted for and voted to extend it planned, it’s also not needed anymore. Either way, it’s time for it to be allowed to expire, if for no other reason than to show members of Congress they can allow special interest tax breaks to disappear and survive when they run for re-election.