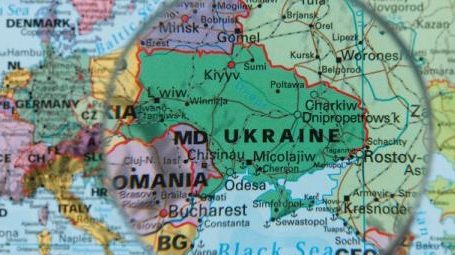 There are uncountable narratives when it comes to the actual and perceived domestic as well as international predicaments of the newly independent state of Ukraine. As a rule, known facts are mixed with unsubstantiated rumors, which, in turn, give birth to fantastic conjectures, ungrounded intuitions, and outright lies in the service of partisan political interests. In reality, the Ukraine question is extremely complex. Yet in the United State of America, both politicians and the media present this complexity to the public from a one sided, exclusively distorted American perspective.

Meanwhile, successive and mostly short-lived Ukrainian governments have tumbled from ever escalating crises to misguided revolutions and repeated implosions in predictable intervals. First the two high ranking former communists dubbed the “Red Barons”, former President Leonid Kravchuk and former President Leonid Kuchma, made half-hearted attempts at the privatization of the state owned economy. Called the “voucher privatization” and originally aimed at distributing state assets judiciously among all Ukrainians, this privatization scheme resulted in the creation of the Ukrainian oligarchy. This development, in turn, deepened the already pervasive corruption that was the essence of the Soviet Union.

Then, following a badly botched presidential election, came the “Orange Revolution” that brought forth the allegedly enlightened and pro-Western Victor Yushchenko. Paralyzed by his petty and incessant bickering with Prime Minister Yulia Tymoshenko, he lost badly to his main rival, the pro-Russian Viktor Yanukovych. The latter was chased from office before his term expired by what was termed by the Kremlin as a coup d’etat but was viewed by the West as a popular revolution against Yanukovych’s vacillation to sign an association agreement with the European Union in Vilnius on November 28, 2013.

Almost immediately after the foiled signing of the association agreement, protests against President Yanukovych commenced. What later was elevated to the mythical heights of the “Revolution of Dignity” forced President Yanukovych to flee Ukraine. In the subsequent presidential election of May 2014, Ukrainians elected with overwhelming majority one of their country’s oligarchs, the “Chocolate King” Petro Poroshenko. In the interim, Russia invaded and then annexed the Crimea. To add insult to injury, Russia also has triggered an armed uprising in eastern Ukraine that has a significant concentration of ethnic Russians.

True to the past of the sovereign state of Ukraine, President Poroshenko did fail in an abysmal fashion, too. In the second round of the presidential election, on April 21, 2019, 73% of the Ukrainian voters chose a non-politician by the name of Volodymyr Zelensky as their new president. Clearly, the vast majority of Ukrainians decided to close the book on almost three decades of arrogant incompetence and shameless corruption by their politicians and oligarch allies. Finally, they expressed their desire to live and raise their children in a normally functioning, peaceful, and transparent state, politically as well as economically.

Although the lion’s share of the blame must be assigned to the Ukrainians themselves, American policy toward the independent sate of Ukraine was burdened by glaring incompetence, unrealistic illusions, erratic oscillations between Russia and Ukraine, and outright idiocy. Instead of assisting the newly independent Ukraine to establish the political and economic foundations of a unified state by harmonizing the old and new forces, the late President George H. W. Bush and President Bill Clinton paid little if any attention to the troubled country. The formers son and his successor President Barrack Obama’s, attempts at interference in Ukraine’s domestic affairs generally only made the situation worse. Especially, the Obama administration’s role in the early and violent removal of President Yanukovych proved to be a double edged sword. On the one hand, President Poroshenko was unable to accomplish the objectives of the Maidan revolution. On the other hand, it triggered Russia’s direct intervention in the Ukrainian mess. Moreover, Vice President Joe Biden’s private diplomacy to help his son Hunter Biden enrich himself and the family gave license to President Poroshenko and the oligarchs to continue unabated their corrupt and destructive activities within and outside Ukraine.

As a result, President Volodymyr Zelensky has inherited a situation in which the oligarchic system was discredited and the democratic values of the United State of America have become objects of ubiquitous scorn. Presently, Ukrainian society is completely traumatized and gripped by an existential fear of enormous proportions.

What can and needs to be done? One does not have to look further for a possible solution that to the almost identical history of the Republic of Finland and its troubled relations with imperial Russia, the Soviet Union and today’s Russian Federation. For centuries, Finland had managed to balance its relationship with Russia and its loyalty to the rest of Europe. From the Grand Duchy of Finland within the Russian Empire to the wars against the Soviet Union in 1939 and in 1944, which resulted in Finnish territorial losses, the country survived the Cold War’s Finlandization period. Presently as a full member of the European Union and a close cooperating state with NATO, Finland follows highly pragmatic policies vis-a-vis the Russian Federation. In a recent interview with Bloomberg: Business News, Finnish President Sauli Niinisto described his country’s attitude toward its powerful neighbor thus: “A Cossack takes everything that is loose. You have to be very clear and not let things become loose.”

President Zelensky would be well advised to follow this old Finnish wisdom. He will have to show firmness and resolve with Russia. Furthermore, he must be practical. He must know Ukraine’s strengths and limitations. Becoming a member of the European Union is clearly attainable. Full membership in NATO presently is not. However, being prepared for future Russian aggressions is within the capabilities of Ukraine. To achieve these goals, the Zelensky administration will have to move ever closer to the West by relentlessly promoting Western values inside Ukraine and simultaneously maintaining normal relations with Moscow.

Peace, stability, and prosperity have always been the Sisyphean endeavors of mankind. No doubt, President Zelensky will have to show real leadership. Otherwise, he and Ukraine will end up on the dust heaps of history.