By almost every measure, in fact, it’s the Democrats, not the Republicans, who are the party of the rich. END_OF_DOCUMENT_TOKEN_TO_BE_REPLACED 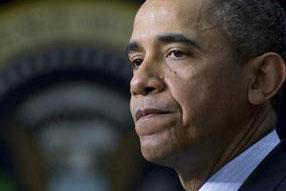 The District of Columbia’s insurance commissioner says he was fired after questioning President Obama’s plan to fix ObamaCare and saying the city might not follow his suggestions.

Commissioner William White told The Washington Post on Saturday that he was called into Mayor Vincent Gray’s office the prior day and told the Democratic mayor “wants to go in a different direction.”

The president said Thursday that the millions of insurance plans scheduled to be canceled next year to comply with ObamaCare regulations could be extended for a year, after he told Americans prior to the law’s passage that they could keep their existing plans.

However, White and other insurance commissioners across the country have questioned the president’s proposed solution because it could create a mess in the marketplace. END_OF_DOCUMENT_TOKEN_TO_BE_REPLACED

Washington State Insurance Commissioner Mike Kreidler has rejected President Obama’s proposal to allow insurance companies to extend health insurance policies for people who have received notices that their policies will be cancelled at the end of the year.

“I understand that many people are upset by the notices they have recently received from their health plans and they may not need the new benefits [in the Affordable Care Act] today,” he said. “But I have serious concerns about how President Obama’s proposal would be implemented and more significantly, its potential impact on the overall stability of our health insurance market.” END_OF_DOCUMENT_TOKEN_TO_BE_REPLACED

Administration admits that Obamacare plans will cost MORE ‘in many cases’ 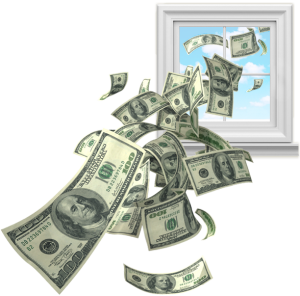 The Obama Administration has admitted that even with taxpayer-funded subsidies, many Americans will have to pay more for their ObamaCare plan than they were paying for their previous healthcare plan.

The Obama administration has directly conceded for the first time that ‘in many cases,’ health insurance plans offered through government exchanges are more expensive than plans consumers bought before the Affordable Care Act became law – even when government subsidies are figured in.

In a letter to state insurance commissioners, Center for Consumer Information and Insurance Oversight director Gary Cohen wrote on Thursday that one reason for the new Obamacare measures the president announced Thursday is that millions of consumers receiving cancellation letters from their insurers are learning the Affordable Care Act options are in fact less affordable. END_OF_DOCUMENT_TOKEN_TO_BE_REPLACED

Without credibility and trust nothing of substance will get done in Washington.  How can important issues like immigration reform, tax reform or balancing the budget be addressed and solved when the President is widely viewed as someone who says anything to win the day and then later blame those who were foolish enough to believe him?

When I first saw the headline saying Bill Clinton was advising President Obama to “honor his commitment,” I had to laugh. The idea of Monica Lewinsky’s boyfriend as moral referee always cracks me up.

Then I got to wondering. Which commitment was Clinton talking about?

Is it the one Obama made to the Israeli people, that he had their backs and would never let Iran get a nuclear weapon? Or was it his promise to enforce a “red line” in Syria?

Or maybe it was Obama’s promise to “never rest” until we caught the terrorists who killed our ambassador and three other Americans in Libya?

Or was Clinton talking about the many times the president said he would “never rest” until every American who wanted a job had one?

Or maybe he was talking about the pledge to change the tone in Washington? Or to go through the budget “line by line” and cross out the waste driving up the deficit? END_OF_DOCUMENT_TOKEN_TO_BE_REPLACED

On Wednesday, the Obama administration finally released its first numbers for Obamacare health insurance exchange enrollment dating from October 1 to October 31. The numbers were not pretty: just 106,185 people “selected a Marketplace plan” using the exchanges, after the administration predicted that 494,620 people would do so.

Even the Associated Press was forced to lament the “dismal numbers.” The federal health care exchange signed up less than 27,000 people. Meanwhile, nearly 7 million people are expected to lose the insurance plans President Obama said they could keep. So far, five million have lost their insurance. END_OF_DOCUMENT_TOKEN_TO_BE_REPLACED

Analysis: Tens of millions could be forced out of health insurance they had 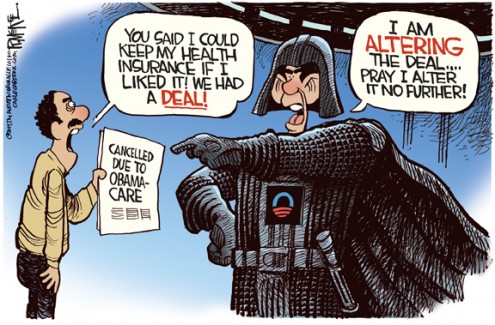 Even as President Barack Obama sold a new health care law in part by assuring Americans they would be able to keep their insurance plans, his administration knew that tens of millions of people actually could lose those their policies.

“If you like your private health insurance plan, you can keep your plan. Period,” Obama said as he pitched the plan, the unqualified promise he made repeatedly.

How Americans see President Obama changed in an important way this week. It’s because there is a huge difference between lies and bulls – – t.

Obama says a lot of things that are not true, even nonsensical. But it’s easy to shrug off most of these, because they aren’t really lies. They’re just bulls – – t.

Bulls – – t is airy, meaningless drivel, the stuff that campaigns are made of. Or it’s a misleading oversimplification with hidden qualifiers. Not only do we forgive bulls – – t, we like it. Especially suckers who have far too high an opinion of the importance and efficacy of politicians, people who hope casting a ballot is a way to expunge sin or join a noble crusade. “We are the ones we have been waiting for”? Not a lie. Just bulls – – t. END_OF_DOCUMENT_TOKEN_TO_BE_REPLACED

The Obamacare Web site doesn’t work. Hundreds of thousands of insured Americans are seeing their plans summarily terminated. Millions more face the same prospect next year. Confronted with a crisis of governance, how does President Obama respond?

“I’ve got one more campaign in me,” he told grass-roots supporters Monday — a series of speeches and rallies, explains the New York Times, “to make sure his signature health care law works.”

Campaigning to make something work? How does that work? Presidential sweet-talk persuades the nonfunctional Web portal to function? END_OF_DOCUMENT_TOKEN_TO_BE_REPLACED

Apology? Is that what that is called? 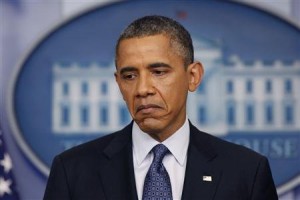 Notably Obama did not say, “Im sorry that I misrepresented the facts about whether you could keep your coverage if you liked it. The truth is you can’t and you never could. I knew that. I shouldn’t have hid that fact from you.” His passive apology — “I am sorry that they are finding themselves in this situation” — is simply an attempt to appear to apologize without actually doing so.  Simply stated, he was not remotely clear about what he did that warrants an apology and the entire statement was intended to hide what he did. And what he did was lie, over and over again about the law. He did it because he had to lie about the law so that it would pass. He didn’t have a single vote to spare so the lies were a necessity if he wanted to win passage of the bill. END_OF_DOCUMENT_TOKEN_TO_BE_REPLACED

ObamaCare was passed on false pretenses and fraud 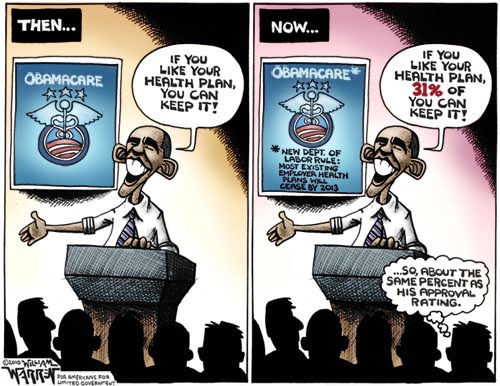 Obama knew what he was saying was false, but he said it anyway, repeatedly, because it helped him win passage of the bill in the first place and it helped him win reelection. Now we find out that what he said was false and that he knew it was false. What shall we call that?

Among the many rules I grew up with, two stand out. The first was to never call someone a liar, which was considered the worst character indictment one could issue. The accuser had best be prepared to fight or be fleet of foot.

The other was a dictum so oft- repeated that it is permanently tattooed on my brain: “If you’ll lie by omission, you’ll lie by commission.” END_OF_DOCUMENT_TOKEN_TO_BE_REPLACED

You Also Can’t Keep Your Doctor 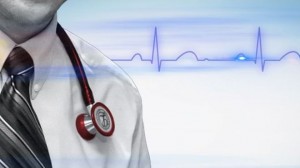 I had great cancer doctors and health insurance. My plan was cancelled. Now I worry how long I’ll live.

Everyone now is clamoring about Affordable Care Act winners and losers. I am one of the losers.

My grievance is not political; all my energies are directed to enjoying life and staying alive, and I have no time for politics. For almost seven years I have fought and survived stage-4 gallbladder cancer, with a five-year survival rate of less than 2% after diagnosis. I am a determined fighter and extremely lucky. But this luck may have just run out: My affordable, lifesaving medical insurance policy has been canceled effective Dec. 31.

My choice is to get coverage through the government health exchange and lose access to my cancer doctors, or pay much more for insurance outside the exchange (the quotes average 40% to 50% more) for the privilege of starting over with an unfamiliar insurance company and impaired benefits. END_OF_DOCUMENT_TOKEN_TO_BE_REPLACED

Well, now it seems President Obama has his own 16 words to answer for: “If you like your health care plan, you’ll be able to keep your health care plan.” (Actually, it was a little more than 16 words if you include what the president said next: “Period. No one will take it away. No matter what.”) END_OF_DOCUMENT_TOKEN_TO_BE_REPLACED

Who Has Done the Most Damage?

I have been broadcasting for 31 years and writing for longer than that. I do not recall ever saying on radio or in print that a president is doing lasting damage to our country. I did not like the presidencies of Jimmy Carter (the last Democrat I voted for) or Bill Clinton. Nor did I care for the “compassionate conservatism” of George W. Bush. In modern political parlance “compassionate” is a euphemism for ever-expanding government.

But I have never written or broadcast that our country was being seriously damaged by a president. So it is with great sadness that I write that President Barack Obama has done and continues to do major damage to America. The only question is whether this can ever be undone. END_OF_DOCUMENT_TOKEN_TO_BE_REPLACED

Last night, the Obama campaign blasted out another email claiming that Mitt Romney’s tax plan would either require raising taxes on the middle class or blowing a hole in the deficit. “Even the studies that Romney has cited to claim his plan adds up still show he would need to raise middle-class taxes,” said the Obama campaign press release. “In fact, Harvard economist Martin Feldstein and Princeton economist Harvey Rosen both concede that paying for Romney’s tax cuts would require large tax increases on families making between $100,000 and $200,000.”

But that’s not true. END_OF_DOCUMENT_TOKEN_TO_BE_REPLACED