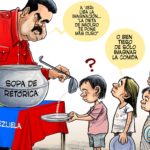 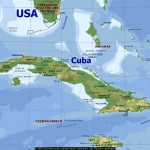 By Paul Bonicelli • The Federalist

Progressives’ and leftists’ outpouring of praise for Fidel Castro at his death was to be expected, although it has been more fulsome, tone-deaf, and cloying than I expected. For just a few examples see President Obama, Canadian Prime Minister Justin Trudeau, and United Nations Secretary General Ban Ki Moon.

Rational and moral people, however, will rightly ask, “How would anyone aware of Castro’s more than 50 years of human rights abuses mourn the death of a tyrant who was both an intellectual and moral idiot, much less praise his legacy?”

Nylons for Nothing in Cuba 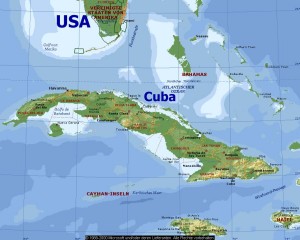 There’s an old Cold War joke — pre-pantyhose — that to defeat communism we should empty our B-52 bombers of nuclear weapons and instead drop nylons over the Soviet Union. Flood the Russians with the soft consumer culture of capitalism, seduce them with Western contact and commerce, love-bomb them into freedom.

We did win the Cold War, but differently. We contained, constrained, squeezed and eventually exhausted the Soviets into giving up. The dissidents inside subsequently told us how much they were sustained by our support for them and our implacable pressure on their oppressors. END_OF_DOCUMENT_TOKEN_TO_BE_REPLACED

Those setbacks ate away at Obama’s public support. According to Gallup, the president began 2014 with a 41 percent approval rating, and he’s ending it a tick or two higher. He’s also ending the year as a certified lame duck, facing two final years with a hostile Congress and the political conversation centering around the likes of Hillary Clinton, Jeb Bush, and Rand Paul. END_OF_DOCUMENT_TOKEN_TO_BE_REPLACED