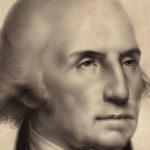 Now especially, America needs its heroes. The nation is badly divided along ideological lines without any unifying figures to bring us together. We are losing, or may have already lost, the commonality of purpose that made the United States what at least one president called mankind’s “last best hope.”

It would be easy to blame a lone politician or the media generally for our societal divisions and resulting decline in connectivity. And it would be wrong. It has happened over time and is a cultural phenomenon with many facets and authors.

One symptom, one I like to point out every year at this time, is the lack of any formal observance of George Washington’s birthday, February 22. We used to honor it as a national holiday. But our first commander-in-chief has been given short shrift since 1968, when Congress moved the holiday to the third Monday in February to give everyone an additional long weekend.

In the ensuing years, the nation’s first president has seen himself downgraded from his position as a revered national icon to a pitchman for carpet and auto sales. His picture is no longer omnipresent on the walls of the nation’s public schools. His image remains with us on the currency, while his name, which remains on street signs and high schools, has become synonymous with dysfunctional, bloated, wasteful and inefficient government.

Little children, as I have written before, no longer repeat excitedly the (admittedly apocryphal) story of young George admitting to having chopped down his father’s cherry tree because he could not tell a lie. And this may be because they no longer know it. They’re more concerned that his legacy, like many of the founders’, is tainted by the stain of slavery.

Rather than pursue a balanced approach to his place in history, he is all but ignored. This should not be. His positive actions as president and before still influence us today.

He led the American forces in the war for independence and was offered a kingdom but turned it down to return to Mt. Vernon and life as a gentleman farmer. Victorious in war, he was content to let others bear the responsibility for creating the hard-won new nation. Only after nearly a decade of struggle to establish a working system would he again answer the call, becoming president of the convention that wrote a new and thus-far enduring Constitution and the federal government therein established.

Most everyone who has followed Washington in office has sought to emulate him, at least in part. His counsel regarding America’s role in the world is still valued. The precedents he set for presidential behavior are still followed. His wisdom is eternal, making him a great man of history who, because he was in the right place at the right time, changed the course of human events.

What he told us about the separation of powers and the need to limit them to allow human freedom to flourish is as relevant today as it was then—perhaps even more so. We live in the greatest, freest, most prosperous, most generous society on the face of the earth.

We cannot forge ahead together if we do not understand where we have been and where we came from. We must acknowledge our failures, but not at the expense of being able to celebrate our successes. The tensions established by the founders produced an incrementalism essential to the rule of law, which, it has been said, exists in part to temper the passions of mankind.

The Mt. Vernon Ladies Association, which operates Washington’s home at Mt. Vernon as a historical site, as well as a place fostering research into his life, is fighting to keep Washington’s legacy alive for us all. Hopefully, they are winning.

In the meantime, our elected leaders could help restore his reputation to its proper place by rebranding Presidents Day as Washington’s Birthday and moving it back to February 22. As inconvenient as that would be, it is vital to the civic life and education of future generations that Washington alone be branded worthy of study. He is unique and should be set apart from all the other presidents.

Washington was a towering figure, standing head and shoulders above most all his contemporaries. Eulogized as “first in war, first in peace, and first in the hearts of his countrymen,” he, more than any other founder, made us what we became at the height of our exceptionalism. To return there, we need to return him to his place of honor on the calendar and in our hearts.

The Electoral College Didn’t Steal The Election For Trump 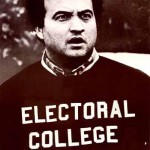 The presidential electors have a constitutional duty to vote for the person best-suited to be president, regardless of whether that person is Donald Trump.

By James Heaney • The Federalist

On November 8, Americans cast their votes, and Hillary Clinton won more of them. In most democracies, that would make her the winner—and the next president. But she isn’t.

This was not a stolen election. It is not an error in our system. This is by design.

America’s Founding Fathers were too wise to establish a national popular vote for the highest office in the land. Instead, they created an Electoral College. It spreads the power to elect the president across the country, with every state getting a certain number of votes, usually winner-take-all. This system means any would-be president has to win support from a broad coalition that encompasses many diverse states. END_OF_DOCUMENT_TOKEN_TO_BE_REPLACED 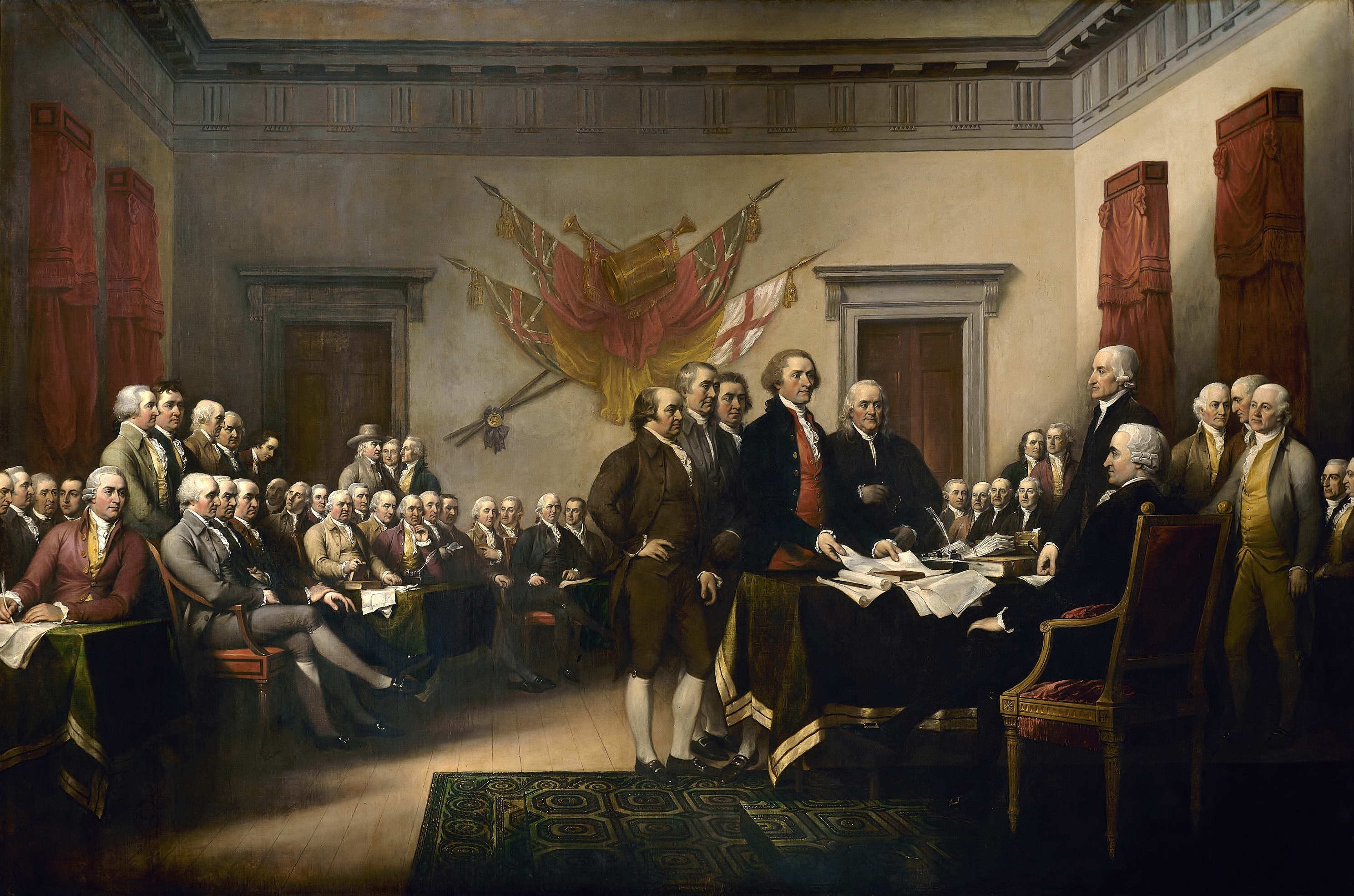 “‘Before there was a nation, before there was a symbol of this young nation — a flag, a constitution, a national seal — there was Washington. . . . But Washington was there, steadying the symbols, lending strength to them instead of drawing from them.'” 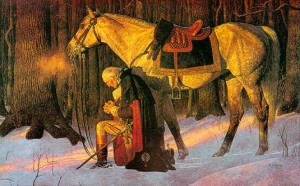 As adults gain a deeper appreciation for his character, accomplishments and place in American history, our Liberty is better valued and more secure.

Accurately placing Washington in world history rightly reveals the miracle and import of America’s founding. This lays the foundation for the concept of American Exceptionalism as a matter of our purposeful design, not as a description of whether or not we are doing better than other countries. END_OF_DOCUMENT_TOKEN_TO_BE_REPLACED 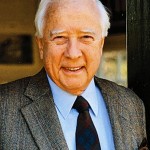 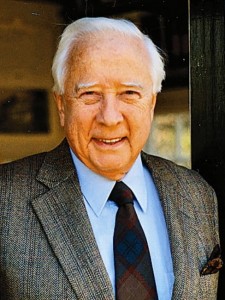 The old familiar scenes, the clichés about Washington, actually do capture the essence of the man. Even Parson Weems’s little story about the cherry tree, silly as it may be, conveys the fundamental truth of his honesty. Or, consider “Washington Crossing the Delaware.” That’s one of the greatest moments in American history—and very revealing. He had such tremendous courage, nerve, and a willingness to take risks, and he was emboldened not just by his own bravery and audacity, but by total devotion to the cause of America. END_OF_DOCUMENT_TOKEN_TO_BE_REPLACED 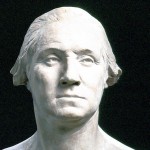 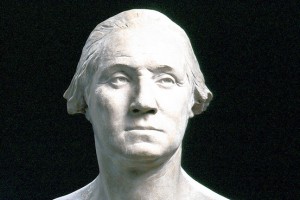 I was summoned by my country, whose voice I can never hear but with veneration and love, from a retreat which I had chosen with the fondest predilection, and, in my flattering hopes, with an immutable decision, as the asylum of my declining years—a retreat which was rendered every day more necessary as well as more dear to me by the addition of habit to inclination, and of frequent interruptions in my health to the gradual waste committed on it by time. . . . END_OF_DOCUMENT_TOKEN_TO_BE_REPLACED

Why the Founders Matter: Securing the Blessing of Liberty to Ourselves and Our Posterity 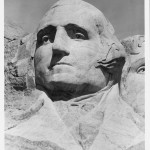 A Vision of the Spirit and Promise of Our Founding Fathers 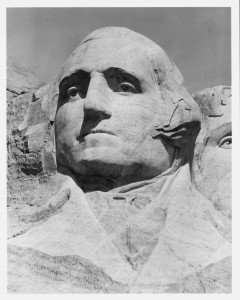 The things of politics and public policy are of deep import. It takes time, experience, and careful and ponderous and even solemn thoughts to inform whether and how we act. Politicians, by their words or policies, either expand or contract the frontiers of our freedoms. We, The People, need to encourage and benefit from its progress, or mourn and suffer its decline.

The more we as citizens stand informed and aware, then the better able we will be to advocate for those principles which will tend to the greater public good. Then we can act with confidence in this great undertaking. As Lincoln called it, the last best hope of mankind.

As George Washington laid out in his first inaugural address,

“The preservation of the sacred fire of liberty and the destiny of the republican model of government are justly considered, perhaps, as deeply, as finally, staked on the experiment entrusted to the hands of the American people.” (George Washington, First Inaugural Address, April 30, 1789) END_OF_DOCUMENT_TOKEN_TO_BE_REPLACED