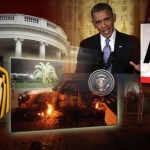 For conservatives especially, the Department of Justice under the leadership of Jeff Sessions, has been a breath of fresh air. END_OF_DOCUMENT_TOKEN_TO_BE_REPLACED

In March 1993, Janet Reno began her tenure as President Bill Clinton’s attorney general by summarily firing United States attorneys for 93 of the 94 federal districts (one, Michael Chertoff, was retained in New Jersey, at the request of Democratic Senator Bill Bradley). That is more than twice as many as Trump attorney general Jeff Sessions fired on Friday.

Indeed, there were only 46 Obama-appointed U.S. attorneys left for Sessions to relieve because Obama appointees fully understood that this is the way things work. Many of them had already moved on, in the expectation that the president elected in November would replace them — an expectation that became a virtual certainty once it was clear that this change of administrations would be a change of parties, and visions.

It is frequently observed that, to be legitimate, law enforcement must operate independently of politics. It is an oversimplification, coupled with a misunderstanding of politics in its non-pejorative sense. END_OF_DOCUMENT_TOKEN_TO_BE_REPLACED