New documentation released by the House Oversight Committee this week again raises questions on how Lois Lerner’s hard drive was physically damaged and whether there was some kind of deliberate act to destroy data on it.

The House Oversight Committee report cites an officially transcribed interview with John Minsek, senior investigative analyst with the IRS Criminal Investigations (CI) unit. Minsek examined the Lerner hard drive in 2011. In the transcribed interview, he notes Lerner’s hard drive contained “well-defined scoring creating a concentric circle in the proximity of the center of the disk.” The Oversight Committee report states:

“Using the CI unit’s digital forensic facilities, Minsek opened the hard drive and conducted additional tests. Once he opened the hard drive, Minsek noticed “well-defined scoring creating a concentric circle in the proximity of the center of the disk.” END_OF_DOCUMENT_TOKEN_TO_BE_REPLACED

Also warned Chamber of Commerce may come under ’high scrutiny‘

A request made under the Freedom of Information Act (FOIA) by the investigative group Judicial Watch reveals that the Internal Revenue Service used donor lists of tax-exempt organizations to target them for audits.

“The IRS produced the records in a Freedom of Information lawsuit seeking documents about selection of individuals for audit-based application information on donor lists submitted by Tea Party and other 501(c)(4) tax-exempt organizations,” the group states. In addition, IRS officials warned that the U.S. Chamber of Commerce may come under “high scrutiny” by the IRS.

“These documents that we had to force out of the IRS prove that the agency used donor lists to audit supporters of organizations engaged in First Amendment-protected lawful political speech,” said Tom Fitton, the group’s president. “And the snarky comments about the U.S. Chamber of Commerce and the obsession with Karl Rove’s Crossroads GPD show that the IRS was targeting critics of the Obama administration.” END_OF_DOCUMENT_TOKEN_TO_BE_REPLACED 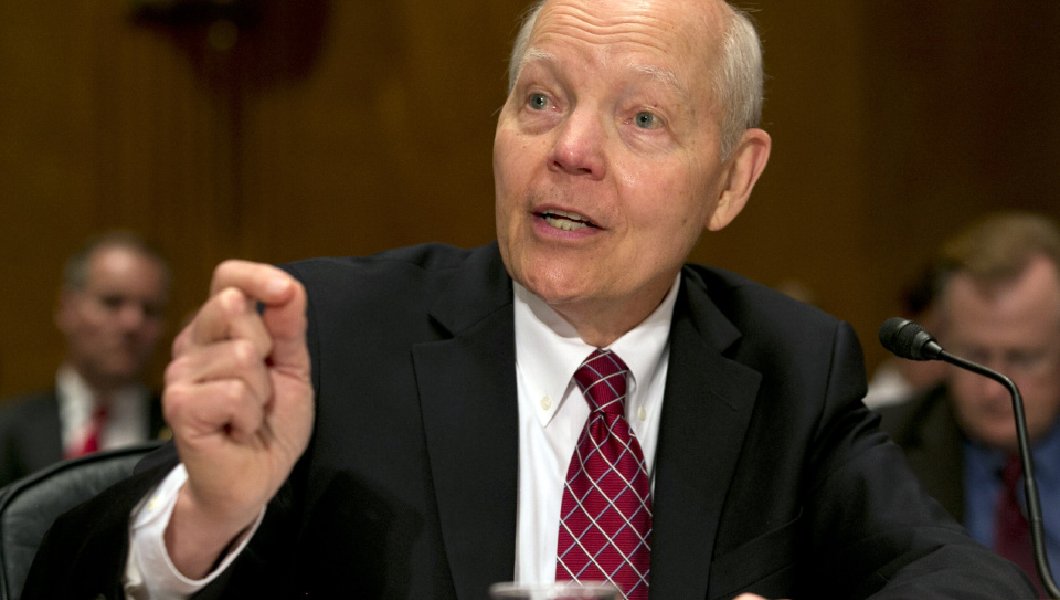 Internal Revenue Service (IRS) officials–including ex-director of exempt organizations Lois Lerner–used an instant-messaging system in a seemingly deliberate effort to prevent their communications from being archived.

Americans for Tax Reform observed that new documents released by the House Committee on Oversight and Government Reform demonstrate that IRS officials used an instant messaging system called the “Office Communication Server,” denoted OCS, that did not archive their communications.

Moreover, in an email obtained by the House committee, Lerner wrote to her IRS colleagues of the need to be “cautious about what we say in emails,” as the agency had on “several occasions” been asked by Congress to provide select emails or submit to “electronic search for responsive emails.” END_OF_DOCUMENT_TOKEN_TO_BE_REPLACED

How the Constitution Protects Us From Abuse and Stops the Abusers

News reports of federal agencies abusing the rights of Americans and violating the law have become all too common. It is no longer plausible for defenders of big government to argue that these abuses are simply a few isolated incidents. We have witnessed a veritable parade of lawless abuses from all corners of the federal government.

For most of the last six years, the Senate ran interference for the Administration and the national media largely ignored the abuses of their ideological allies. But even in this dangerous and unaccountable age, the Constitution’s genius divides power in such a way as to limit the abuse of power — provided we are smart enough to rely upon the wisdom of the Constitution. END_OF_DOCUMENT_TOKEN_TO_BE_REPLACED 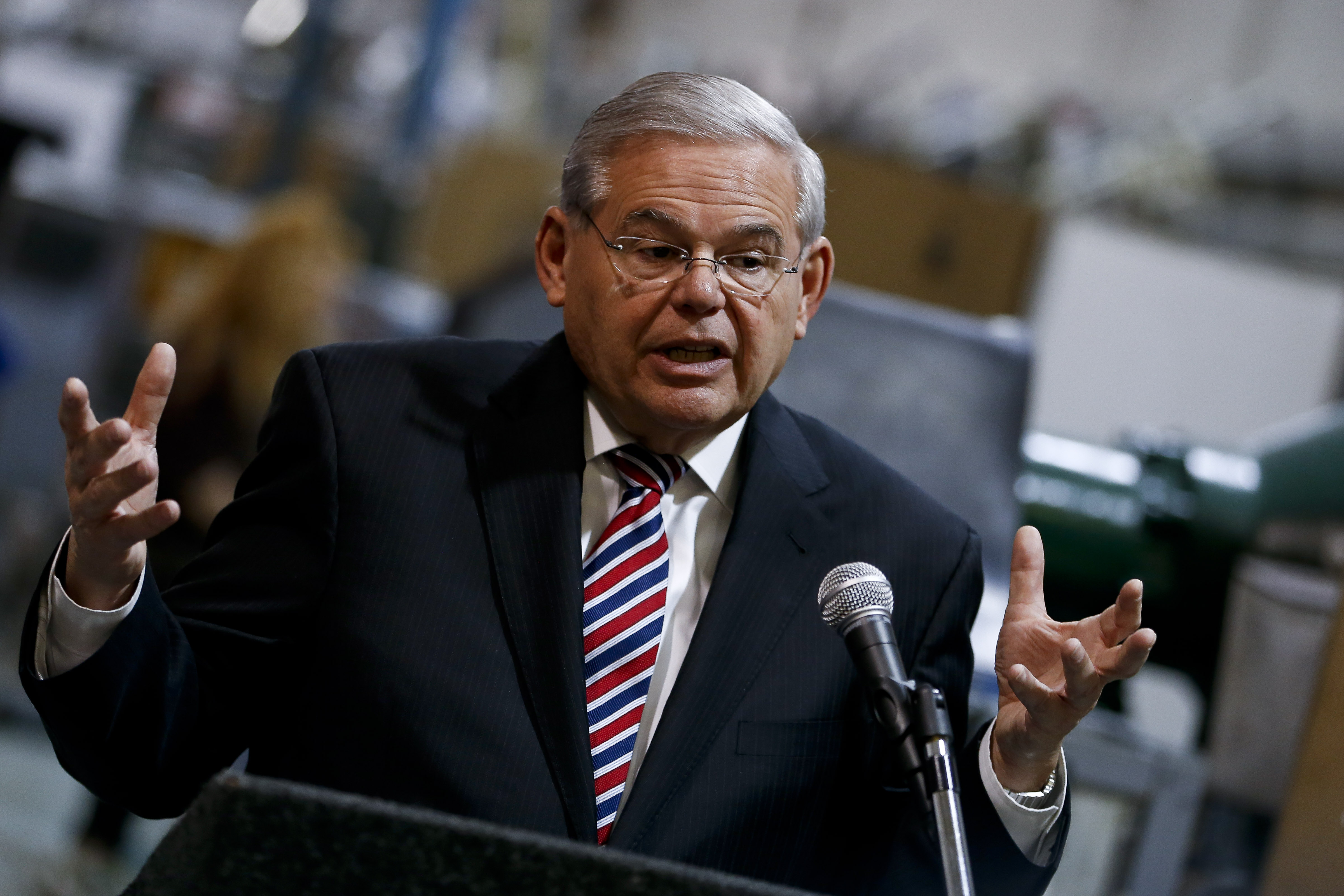 The net message isn’t subtle: Hold President Obama’s feet to the fire, as Menendez has done on Iran, and you’ll pay a price.

Keep quiet when it comes to implicating the White House, and Justice will play hands-off. END_OF_DOCUMENT_TOKEN_TO_BE_REPLACED 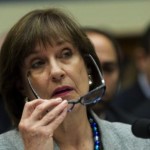 U.S. Attorney Ronald Machen decides not to send her contempt citation to a federal grand jury.

On March 31, Ronald Machen, the outgoing U.S. attorney for the District of Columbia, wrote Speaker John Boehner to inform him that the Justice Department would not present Lois Lerner’s contempt citation to a federal grand jury.

The letter explaining his decision is an exercise in misdirection — the kind of misdirection that magicians use to fool an audience. Why? Because at no point in his detailed, seven-page legal analysis does Machen mention the most important point demonstrating that Lois Lerner did, in fact, waive her Fifth Amendment right.

Lois Lerner made two abbreviated appearances before the House Oversight and Government Reform Committee — one on May 22, 2013, the other on March 5, 2014. As Machen noted, at the May 22 hearing, Lerner gave a short statement declaring her innocence and claiming that she had “not done anything wrong,” had “not broken any laws . . . IRS rules or regulations,” and had “not provided false information to this or any other congressional committee.” She then proceeded to assert her Fifth Amendment right against self-incrimination and refused to answer any questions. END_OF_DOCUMENT_TOKEN_TO_BE_REPLACED

Rein in the IRS

Rep. Peter Roskam (R-Ill.) is now chairman of the Ways and Means subcommittee whose jurisdiction includes oversight of the Internal Revenue Service, and hence of Lois G. Lerner’s legacy. He knows how interesting her career was before she, as head of the IRS tax-exempt organizations division, directed the suppression of conservative advocacy groups by delaying and denying them the exempt status that was swiftly given to comparable liberal groups.

In 2013, Roskam, in a televised committee hearing, told the story of Al Salvi, who in 1996 was the Republican Senate candidate against the then-congressman, now senator, Dick Durbin. Democrats filed charges with the Federal Election Commission against Salvi’s campaign, charges that threatened to dominate the campaign’s final weeks. Salvi telephoned the head of the FEC’s Enforcement Division, who he says told him: “Promise me you will never run for office again, and we’ll drop this case.” That official was Lois Lerner. After Salvi lost, FBI agents visited his elderly mother, demanding to know, concerning her $2,000 contribution to her son’s campaign, where she got “that kind of money.” When a federal court held that the charges against Salvi were spurious, the FEC’s losing lawyer was Lois Lerner. END_OF_DOCUMENT_TOKEN_TO_BE_REPLACED

The IRS’s inspector general confirmed Thursday it is conducting a criminal investigation into how Lois G. Lerner’s emails disappeared, saying it took only two weeks for investigators to find hundreds of tapes the agency’s chief had told Congress were irretrievably destroyed.

Investigators have already scoured 744 backup tapes and gleaned 32,774 unique emails, but just two weeks ago they found an additional 424 tapes that could contain even more Lerner emails, Deputy Inspector General Timothy P. Camus told the House Oversight Committee in a rare late-night hearing meant to look into the status of the investigation.

Top IRS officials told congressional investigators that Lois Lerner’s hard drive — the one containing emails that could shed light on the IRS targeting scandal — was irreparably damaged before it was destroyed completely in 2011. But now, investigators have had a chance to talk to the technical experts inside the IRS who actually examined Lerner’s computer, and the experts say the hard drive in question was actually just “scratched,” and that most of the data on it was recoverable.

The IRS computer experts also told the committee that they had recommended seeking outside help in recovering the data from Lerner’s computer — something IRS management declined to do. END_OF_DOCUMENT_TOKEN_TO_BE_REPLACED 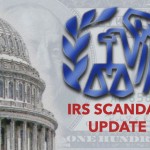 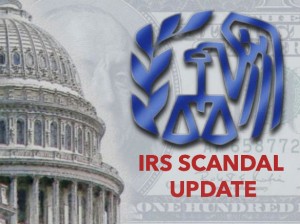 A federal judge has allowed a lawsuit by 10 tea party groups to move forward against the Internal Revenue Service, rejecting a request by the federal government to dismiss all the allegations that the agency subjected conservative groups to additional, often burdensome scrutiny.

In her ruling Thursday, Judge Susan Dlott allowed two of the tea party groups’ claims — including that the IRS discriminated and retaliated against them based on their views in violation of their free speech rights — to survive to trial. END_OF_DOCUMENT_TOKEN_TO_BE_REPLACED 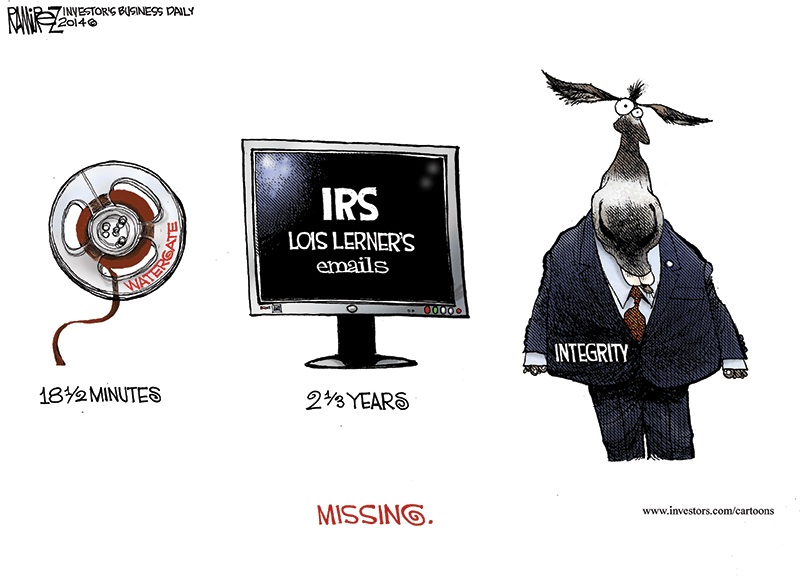 It was so brazen. Right there, over email, Lois Lerner warned her colleagues “Congress has asked for emails… so we need to be cautious about what we say in emails.” Then she asked whether the IRS’s instant messaging application was being archived, and was told that – contrary to law – archiving had been disabled. She responded: “Perfect.”

Specifically, IRS staffer Maria Hooke told Lerner “messages are not set to automatically save as the standard; however the functionality exists within the software.” END_OF_DOCUMENT_TOKEN_TO_BE_REPLACED

Former IRS official Lois Lerner said she warned her colleagues to be careful about what they write in emails amid congressional inquiries, according to new emails released by House Oversight Republicans.

She also asked whether the IRS’s internal messaging system could be searched, in the same email to an IRS colleague. It was sent April 9, 2013, less than two weeks after the IRS inspector general that unearthed the tea party targeting practice shared a draft report with the agency. END_OF_DOCUMENT_TOKEN_TO_BE_REPLACED

Just as the IRS tea party targeting scandal was erupting, Lois G. Lerner warned colleagues to “be cautious” about what information they put in emails because it could end up being turned over to Congress, according to an email message released Wednesday.

The 2013 email exchange between Ms. Lerner and fellow employees at the Internal Revenue Service also says that instant message conversations were probably never stored and weren’t checked during open-records requests — even though they also fell under the law requiring electronic records to be stored. END_OF_DOCUMENT_TOKEN_TO_BE_REPLACED

Another federal judge tells IRS to explain itself on lost emails 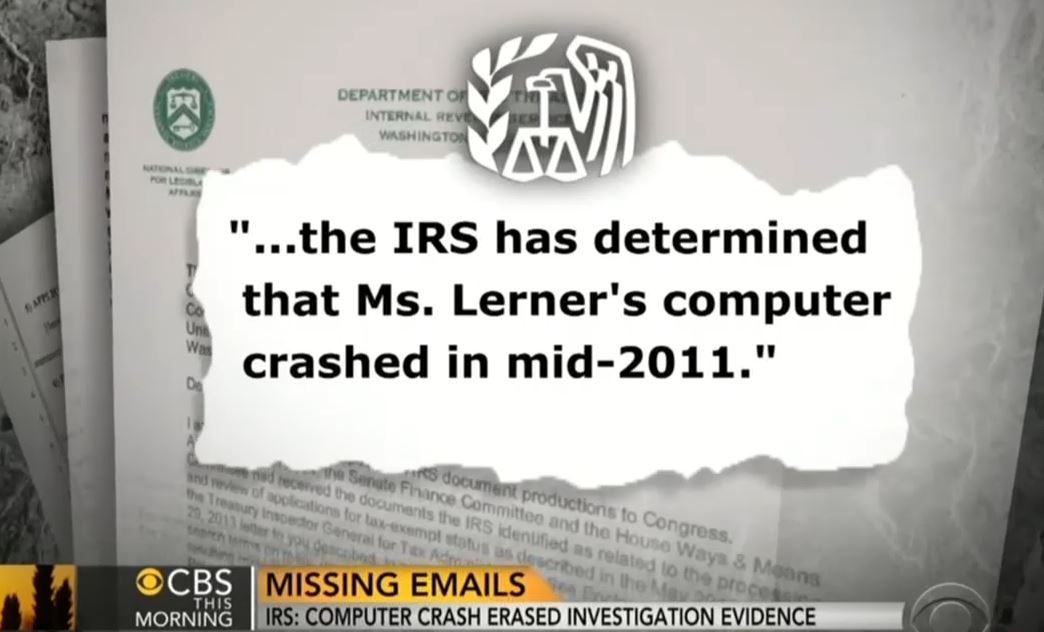 IRS attorneys will be even busier than normal next week, because another federal judge has told them to show up in court July 11 to defend the federal tax agency.

They will have to explain to U.S. District Court Judge Reggie Walton why the IRS shouldn’t be required to let an outside expert evaluate whether emails on the computer hard drives of former IRS official Lois Lerner and six colleagues really are lost forever, as the agency recently told Congress.

Responding to a motion filed Monday by True the Vote, a Houston-based conservative nonprofit at the center of IRS targeting during the 2010 and 2012 campaigns, Walton issued an order Tuesday to hear arguments next week. END_OF_DOCUMENT_TOKEN_TO_BE_REPLACED