We Survived the Net-Neutrality Apocalypse

One year ago this month, opponents of the FCC’s decision to loosen Title II regulations told us the Internet as we know it would end. It didn’t.

June 11, 2018, was to be a date that would live in infamy, when the Federal Communications Commission (FCC) repealed the Obama-era net-neutrality rules. It was a decision met with widespread criticism throughout the country. Fire, brimstone, throttled Internet speeds, the silencing of minority voices, attacks on the LGBTQ community, and the end of the internet as we know it were all imminent, according to liberals. We would be getting the Internet “one word at a time.”

One year after the “day the Internet died,” let’s conduct a post-mortem on the post-mortem.

Starting with Bernie Sanders (I., Vt.), who declared that repealing net neutrality would be “the end of the internet as we know it.” He added that it would be “a disastrous decision, it will impact every American. It will give huge advantages to big corporations over small businesses, to big media companies over smaller media outlets.” Has any of this come to pass?

Meanwhile, Senate minority leader Chuck Schumer predicted that the Restoring Internet Freedom Order, as the administration called it, would make it impossible to stream content on your phone, and would cause shows to lag on Netflix. Ask Netflix whether its business has taken a hit: The Sandra Bullock thriller Bird Box obliterated its records this past December.

That self-appointed bastion of truth in journalism, CNN, echoed Senator Sanders’s opinion in a headline, opining that with the repeal of net neutrality, it was the “end of the Internet as we know it.”

Senator Ed Markey (D., Mass.) said that repealing net neutrality would “create a digital oligarchy that serves the wealthy few.” Senator Tom Udall (D., N.M.) said that “ISPs would create internet toll lanes” and would stifle innovation and competition. Senator Richard Blumenthal, who has exaggerated once or twice in his life, said that students, innovators, consumers, and entrepreneurs would all suffer because of the repeal. The Twitter account for the Senate Democrats sent a vertically aligned tweet, separated by paragraph breaks, in a hyperbolic attempt to show how burdensome an Internet without net neutrality would become.

The culture industry got in on the act. Hollywood stalwarts such as Cher, Avengers actor Mark Ruffalo, and Alyssa Milano sought to convince the masses that the net-neutrality rules were necessary for Americans to enjoy a throttle-free, open Internet. The tone was apocalyptic.

The ACLU piled on, saying that the quality of Internet connection and the content available on the Internet were “at risk of falling victim to the profit-seeking whims of powerful telecommunication giants.” Inserting class warfare into the fervor, they declared that the FCC could “favor the content providers who have the money to pay for better access.” Anything but net neutrality, we were told, would result in “authoritarian” rule of the World Wide Web.

Yet we’ve seen the opposite of the Internet Armageddon these sages predicted. Internet speeds actually increased by 40 percent in the United States last year. The data show that there has been a record number of broadband deployment in U.S. homes. Investment continued to grow in 2018, as the country, says the U.S. Telecom association, an opponent of Title II regulations, “expanded on the momentum shift we saw in 2017 when the FCC initially signaled its intention to restore a forward-looking regulatory framework for broadband.”

As the United States progress toward 5G, utility-style Internet regulations impede the development of new technology. The stubborn fact is that Americans have access to faster Internet than ever before. A year after the Restoring Internet Freedom Order went into effect, there have not been any attempts to limit access of content providers. ISPs have not changed the way they charge customers, and the doomsday scenario has not come to pass of an Internet where content is provided only on an à la carte basis.

Opponents of net neutrality could have made their case without channeling a dark, ominous, apocalyptic future. For example, some have argued that net-neutrality repeal would permit ISPs greater authority to promote their own services, limiting consumer choice. However, concerns such as these were all too rarely expressed in political rhetoric.  Equating the repeal of net neutrality to an attack on the LGBTQ community, an attempt to silence marginalized people, or cutting off access to reproductive rights was an outlandish attempt to mobilize the Left’s political base. A year’s time has revealed as much. 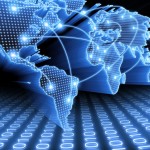 To show support for the promotion and protection of intellectual property rights, the National Center has joined with over 50 organizations in a coalition letter to Congress. This letter lays out the importance of IP in creating American opportunity and competitiveness.

By sharing this set of guidelines and beliefs with lawmakers, the coalition hopes to encourage Congress to show respect and vigilance for this important part of the nation’s economic engine.

In addition to the National Center, other free-market organizations that signed the letter include the American Legislative Exchange Council, Americans for Tax Reform, Frontiers of Freedom and Independent Women’s Voice. Jesse Jackson’s Operation PUSH Coalition has also signed on.

Addressed to the entire 116th Congress, the letter notes that the U.S. Constitution addresses the need to protect intellectual property in Article I, Section 8. This proves the Founding Fathers’ recognition that “the best way to encourage creation and END_OF_DOCUMENT_TOKEN_TO_BE_REPLACED

Pai joined Charles Cooke of National Review at the National Review Institute’s 2019 Ideas Summit to discuss how the agency’s role has changed from its founding in the 1930s to today.

“Net neutrality” is a “very seductive marketing slogan,” Pai said. But “ultimately what it means is government regulation of the Internet.”

“As to the question of why people are upset, I’ll be candid. I think it’s because a lot of people saw a political advantage in fomenting a lot of fear,” he continued, recalling the doom-and-gloom warnings of critics who warned that Pai’s rollback of Obama-era net-neutrality regulations would be the “end of the Internet as we know it.”

“Last time I checked, you can still hate-tweet your favorite FCC chairman,” he quipped.

END_OF_DOCUMENT_TOKEN_TO_BE_REPLACED

“URGENT,” read the popular meme on social media on Monday, “If you’re not freaking out about Net Neutrality right now, you’re not paying attention.”

Well, we have some good news. If you can read this editorial, it means you’ve survived the first 24 hours without the regulations that the Obama-era Federal Communications Commission decided were necessary to preserve net neutrality. Your Internet provider has not yet gotten around to censoring the Internet.

CNN, absurdly reported “the end of the Internet as we know it” in a news piece after the FCC voted in December to repeal the Obama-era regulation. That headline was later changed, perhaps because someone figured out that the Internet was only going back to the way it had been pretty much right up until June 12, 2015.
END_OF_DOCUMENT_TOKEN_TO_BE_REPLACED

Activists are Wrong About How to Protect an Open Internet

Some activists are urging Congress to use a little-known procedural tool to overturn a recent Federal Communications Commission (FCC) decision called the Restoring Internet Freedom Order. This misguided approach would only handcuff the internet and saddle it with Depression-era rules that have been proven to hurt consumers.

Instead, lawmakers should ensure a free and vibrant internet through real legislation that permanently enshrines clear consumer protections, while respecting the more hands-off approach that has allowed the internet to flourish.

The FCC voted in December to repeal Title II regulations on the nation’s broadband networks, which were applied in 2015 under the Obama administration. Title II rules were created during the 1930s to regulate the telephone industry like a utility.

END_OF_DOCUMENT_TOKEN_TO_BE_REPLACED

Truth and Bots in the Net Neutrality War

There appears to be a dark money campaign seeking to influence public comment on the FCC's Restoring Internet Freedom order.

Despite the Federal Communications Commission’s repeal of the doctrine known as “Net Neutrality,” the fight over control of the internet continues. Chairman Ajit Pai’s courageous leadership has been met with sustained resistance from those who would rather see the world’s most ambitious electronic commercial and communications platform regulated like it were Ma Bell.

Pai has been subjected to continuous abuse. Pickets have been mounted outside his home. The safety of his wife and children have been implicitly threatened. He’s been subjected to a campaign of constant harassment and yet he has persisted because of his firm belief he is in the right. That campaign of harassment is now headed to Capitol Hill, which unsurprisingly has been flooded with letters in anticipation of the FCC’s publication of its order Restoring Internet Freedom which finally appeared Thursday in the Federal Register.

The letters claim the Congressional Review Act would protect net neutrality – generally understood as the principle that internet service providers should not be allowed to block, throttle or censor lawful web traffic on their networks.

For reasons that therefore should be obvious, the Restoring Internet Freedom order isn’t popular among the coalition of Silicon Valley tech giants and far-left pressure groups that lobbied the Obama administration to regulate the END_OF_DOCUMENT_TOKEN_TO_BE_REPLACED

How Ditching Net Neutrality Will Give Consumers More and Better Options 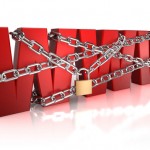 by Georgi Boorman • The Federalist

Could you bear to live in a world where parts of the Internet might be bundled and sold to you monthly in the form of subscriptions? Apparently, some people can’t. A representative from California shared this graphic on social media, supposedly to demonstrate how terrible lifting net neutrality would be. To me, it demonstrates the exact opposite. If you add up the subscriptions, the “no net neutrality” model costs 4 cents less. END_OF_DOCUMENT_TOKEN_TO_BE_REPLACED

The Federal Communications Commission is being inundated with fake comments supporting net neutrality from foreign countries, including Russia.

An analysis by the National Legal and Policy Center, an ethics watchdog group, revealed that over 235,000 new comments asking the FCC to keep the Obama-era rules have foreign email domains.

“A forensic analysis of comments received between May 24th and May 30th shows that the FCC was flooded with 236,999 comments from domains in France, Russia and Germany,” the group said. “The comments came almost exclusively from three email domains: Yahoo.fr (France), Mail.ru (Russia) and Yahoo.de (Germany). An analysis of hundreds of the comments shows that most appear to come from fake email addresses and fake physical addresses overseas.” END_OF_DOCUMENT_TOKEN_TO_BE_REPLACED 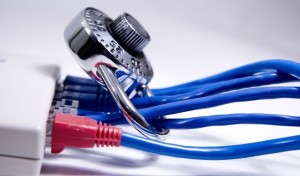 But the trouble is, nothing needs fixing. The Internet has remained open and accessible without FCC micromanagement since it entered public life in the 1990s. END_OF_DOCUMENT_TOKEN_TO_BE_REPLACED