Freedom Centers Constitutional and Political Freedom The Democrats Bet on Obama: Losing It All? ...

The Democrats Bet on Obama: Losing It All?

The Democrats have already lost much in their bet on Barack Obama, and will be paying for it for several years. 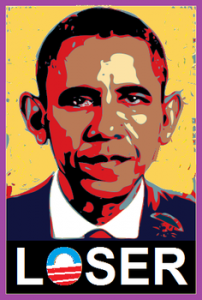 We don’t know yet whether he will lose this election for the Democrats, but the Democrats have already lost much in their bet on Barack Obama, and will be paying for it for several years. So far, he has lost them their best chance in a generation to build a center-left coalition, lost them their chance to make government popular, and cost them also their most cherished illusions, which may be the worst blow of all. It is all very far from the 40-year liberal reign forecast by his more fervent admirers barely four years ago, and in this lies an unhappy tale.

He started his term by misreading his mandate — his first and his most crucial flaw. Hope, change, and styrofoam columns notwithstanding, Obama was actually a few points behind the McCain-Palin ticket on September 15, 2008, when the housing market collapsed, the stock market collapsed, and the fiscal system hung on the brink of implosion, tipping the presidency, with no effort on his part, into his lap. It was the move of independents and soft McCain voters to his camp that gave him his landslide, and also his danger and chance. His chance was to craft policies that would bind the independents to his base in a larger center-left coalition; his danger was that their worldview was different from his — independents were unlikely to go for much government spending — and that he and they might quickly be driven apart.

Thinking the crisis too good to waste, and believing that hard times move people toward government, he went for a far-left big-spending agenda, and drive himself and independents apart he soon did. The Tea Party, which held its first rallies early in March 2009, was the first sign of trouble. His stratospheric poll numbers soon began to fall, owing to the stimulus ($800 billion), the controversial buyout of General Motors, and especially the debut of his health-care proposal in April. The summer was marked by contentious town-hall meetings; the off-year elections, by vast swings in states that Obama had carried and that now elected Republican governors in a conscious rebuke to the president, followed by a still greater shock when Ted Kennedy’s seat in blue Massachusetts went to Scott Brown. It took less than a year for Obama to shatter his own coalition and drive his ex-voters into the arms of a resurgent Republican party, which deserves a few notes of its own.

In late 2008 it was on its back, bleeding, barely breathing, and wholly unable to pick itself up off the floor. Terrified by Obama’s advance into red states and his appeal to red voters, Republicans feared that he would preempt the center, pick up the few moderates not yet on board, and reduce the conservative base to a minor rump faction, a fringe of a fringe. Social conservatives, libertarians, and neoconservatives were at one another’s throats, screaming, facing years of painful rebuilding, uncertain of how and where to gain traction, uncertain that traction could ever be gained. How could they have dreamed that within nine months or so they would be a revived and reenergized party, with a new set of unifying issues and principles, and their differences (at least for the moment) things of the past? How could they have dreamed that Obama would present them with the gift of the Tea Party, a populist surge that would take over while they lay comatose, give them transfusions — of issues, of candidates — and apply paddles and shocks to their hearts? How could they have dreamed that Obama’s stimulus, spending, and health-care proposals would be so egregious that they would not only unite all the disparate factions of the party but drive millions of independents, including disillusioned former Obama supporters, into its welcoming arms?

And how could conservatives have dreamed that Obama himself would take an axe to one wing of his party, on the issue of health-care reform? Moderate Democrats in the Senate and House breathed a sigh of relief in January 2010 when Scott Brown won his election as the “41st vote against Obamacare.” Now they could consign that troublesome bill to the ash bin of history and get on with their lives. Imagine their grief when Obama dusted it off and tried to ram it back through the House on an arcane procedural rule, forcing them to choose between their chief and their enraged constituents. Since 2005, Democrats had labored to expand and build up the base and the scope of their party, recruiting candidates who were a good match for their right-leaning districts, and this had paid off in two wave elections, giving them both national scope and a deep bench for future national races.

By November 2010, this work of five years was lost, as they were forced into suicide votes to save the health-care legislation. Even the brave souls who voted against it were pushed out by popular rage. All the gains of the 2006 and 2008 elections were swept away in the 2010 midterms, which brought in a new wave of tea-party figures, some of them black, brown, Hispanic, or female, and on the south side of 50 — charismatic, conservative, and likely to be here for decades. As a result, the Republicans now have a deep field of potential leaders while the Democrats’ bench has been largely depleted. At the moment, their main contenders for the 2016 presidential election are Joe Biden and Hillary Clinton, who will be 70 or older by then — just the thing to inspire the young.

After the shock of Reagan’s election, progressives consoled themselves with the belief that he was an aberration: The country would eventually be restored to its LBJ settings, and history would tilt leftward once more. When this didn’t occur, there was always a reason: Their candidate was a dud; he sold out (like Bill Clinton); the time wasn’t optimal; Republicans “played on people’s fears.” This time, however, the stars were aligned: a financial collapse that could be blamed (in part) on the banks and on Wall Street; a genuine mandate; overwhelming majorities in both houses of Congress; a magical leader, “the messiah,” whose every word was pure gold.

And it still didn’t happen. A mere four months or so after the “historic” passage of the Affordable Care Act, polls showed that voters opposed both it and the stimulus package, and liberal bloggers were singing the blues. Polls showed Americans now wanted tax cuts instead of more government programs. If Obama can’t win, then whom can they win with?

Peter Beinart expressed it differently, citing the careers of Bill and Hillary Clinton, who saw Reagan emerge as a national hero while McGovern, Carter, and Mondale were crushed. “For this generation of Democrats,” Beinart explained, “being a liberal is like walking past a bear.” The bear was the conservatism of the American people, which could be attenuated but not destroyed. The Clintons startled the bear, were mauled, and learned to survive by exercising caution. Then came a generation, Obama among them, who knew not the bear. Obama poked it in the eye (2009) and it bit him. He poked it some more (2010) and it left him crippled. The bear exists. Obama has proved it. And whatever happens on November 6, it isn’t going away.

Noemie Emery is a contributing editor of The Weekly Standard and writes a weekly column for the Washington Examiner.