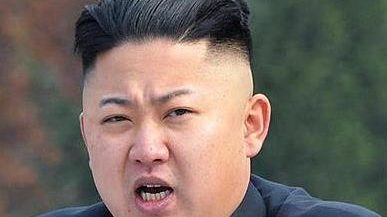 Last week Wall Street focused on what the Trump-Xi summit would mean for the China trade war, the global economy and the Dow Jones. But the high-stakes meeting turned out to be a warm-up act. President Donald Trump’s real diplomatic flourish came as he crossed into the DMZ to shake hands with North Korea’s Kim Jong-un.

Investors are still trying to discern whether China trade talks will bear fruit after Trump’s big concession to Chinese President Xi Jinping. In addition to holding off on further tariffs, Trump said he would ease a ban on American technology sales to Chinese telecom equipment giant Huawei. Beijing appeared to give up little or nothing, and shows no sign of caving to Trump’s demands.

That raises the risk of another sudden collapse of China trade talks and a further escalation of tariffs. If that happens, both the U.S. economy and Dow Jones look vulnerable, even as the Dow hit record highs Wednesday.

But it may make sense to look at the China trade war through the prism of Trump’s push for a North Korea breakthrough. It’s a good bet that Trump-Kim DMZ meeting wouldn’t have happened if he hadn’t gotten China trade talks back on track.

The relationship between North Korea and China is complex. But China has significant economic ties with North Korea, has often taken Pyongyang’s side against harsh international sanctions and has been seen as able to influence its behavior. International relations experts also say that Beijing has long used its role in mediating North Korea’s threat as a buffer against criticism by the West.

Trump has previously discussed China’s North Korea ties as a consideration in the U.S.-China trade dispute. While that hasn’t averted a major trade conflict, this past weekend isn’t the only time North Korea nuclear issue and China trade war have seemed to follow a parallel path.

Last December, Trump and Xi agreed to their first trade cease-fire. Then came Trump’s February summit with the North Korean leader in Hanoi. Trump walked away from that meeting, putting talks on ice. In May, China trade talks also broke down as Trump lost patience with Beijing for backtracking on commitments. On May 5, Trump threatened to escalate tariffs. Four days later, North Korea fired off short-range missiles in an implicit challenge to the U.S.

The odds of a China trade deal look pretty low, given the depth of the differences separating the two sides. The U.S. insists that China write new laws resolving complaints over theft of intellectual property, forced technology transfers, currency manipulation, access to Chinese markets and state subsidies. Even then, the U.S. wants Trump tariffs to remain in force, with some falling away as Beijing clears these benchmarks. China has refused all of these demands as humiliating and a violation of its sovereignty.

Trump may be losing hope for a huge China trade deal, but he seems to think a North Korean nuclear deal could be in reach. Trump may even see a certain logic in letting a North Korea deal come first. If Beijing really is a “strategic partner,” as Trump said in a Saturday press conference, Chinese leaders will encourage North Korea to complete a nuclear deal with him. If that happened, Trump might be more trusting of China to abide by any trade agreement, rather than keeping tariffs in place until Beijing proves it will keep its word.