Abuse of Power Will Never Be Remedied By More Power 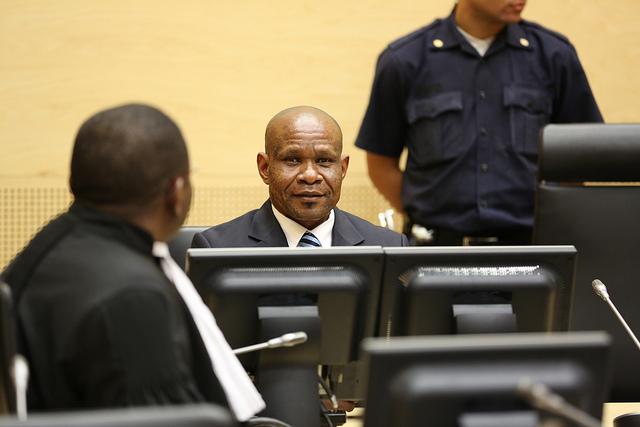 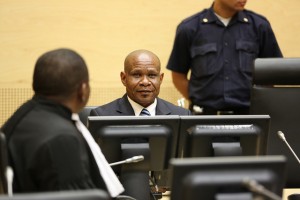 As he awaits his fate at the hands of Dutch immigration authorities, Mathieu Ngudjolo — the first person acquitted of crimes against humanity charges by the International Criminal Court — has given a fascinating interview about his nearly five years imprisoned at the Hague wherein he discusses his bafflement at his charges (“There were people who were much more powerful. The leader of the FNI, [Floribert Ngabu] even testified as a witness, but no charges were brought against him. The Congolese president [Jospeh Kabila] was never indicted either,”) his daily activities (case-building, tennis, football), the strange bedfellows an international prison makes (“When I arrived in 2008 it was calm because there were not many people. Lubanga and Charles Taylor [ex-president of Liberia] were there already; Jean-Pierre Bemba [ex-vice president of the DRC] and others came later. But there were no problems at all. Never. At night we all had dinner together”), and a host of other interesting tidbits.

What’s most surprising, however, is Ngudjolo’s undeterred support for the Court (!):

I still support the court. The world needs a strong ICC and I’m the first one to back it. But currently it is not functioning well. We need people and politicians who support it so the court can prosecute everyone. At the moment many people are not prosecuted for political reasons.

Here are three thoughts on the epic understatement, “currently [the ICC] is not functioning well”:

1. As we’ve noted previously, when Ngudjolo was unanimously acquitted of six counts of war crimes and three counts of crimes against humanity allegedly committed in 2003 during yet another tribal war in Congo, it was only the second verdict ever rendered by the International Criminal Court:

Let’s dwell on that for a moment: It was only the second verdict ever rendered by the ICC. That means that after more than ten years and $1 billion, only one ICC case had resulted in conviction.

That’s hardly a proud record for a harrumphing prosecutor, and so Fatou Bensouda appealed.

Now, three years and hundreds of millions more dollars later, Mr. Ngudjolo’s acquittalhas been upheld. But what of Congo? The region is still engulfed in violence; Mr. Ngudjolo’s Hutu rebels are newly defiant and emboldened by his vindication; and the rival Hema — whose tribal leader Thomas Lubanga Dyilo is one of only two defendants actually convicted by the ICC — are even further disillusioned by promises of “universal” justice. In an area where grievances abound, Mr. Ngudjolo’s acquittal has done little to assuage ethnic tensions.

Pretty clearly, amid generations of tit-for-tat violence, responsibility for this perpetual tragedy-in-motion cannot be placed squarely in the lap of the ICC. Still, one would have to be an unconditional booster of the Court not to acknowledge that its prosecutorial failures only prolongs conflict and suffering.

2. The Court’s many gargantuan loopholes that allow patrons and powerful nations to escape its supposed mission of “an end to impunity” are a feature not a bug in the eyes of the Court’s internationalist supporters and this through the looking glass hypocrisy will absolutely never, ever be altered.

3. If Ngudjolo truly believes he was scapegoated, arrested, imprisoned, and tried for no good reason…why precisely would he want to expand the auspices of the institution that did this to him to “everyone”?

Abuse of power will never be remedied by more power — especially when we’re talking about an institution the refuses to admit mistakes, never mind learn from them.