Is failure baked into the International Criminal Court cake? 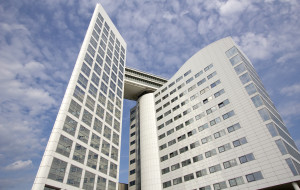 Even some of the Court’s staunchest supporters seem to believe the answer is a resounding Yes.

Or so we are led to surmise by a post entitled “At the ICC, there is no deterrence without resources” over at the pro-ICC online clearinghouse openDemocracy which places the cognitive dissonance inherent in trying to defend the Court’s decade-plus record of waste, preening impotence, and rent-seeking, selective enforcement in stark relief.

First, at the opening of the post we find the usual complaints that the Court “lacks the political, diplomatic and financial support necessary to fulfill what it was created to do”:

[S]ince it started operations in 2002, the ICC has lacked the necessary strength to fully carry out its mandate. One highly problematic aspect in particular is the relationship between the ICC and the UN Security Council (UNSC).

The UNSC, so far, has referred only two situations to the Court: one in Darfur (Sudan) and the other one in Libya. In the ten years since the Darfur case opened, six arrest warrants have been issued. However, only one defendant has actually faced the Court; four of those indicted are still free, one died prior to arrest, and the government of Sudan continues to reject the jurisdiction of the ICC. Even more concerning is the fact that various UN member states, and even state parties to the Rome Statute, have refused to comply with the arrest warrants — especially against the president of Sudan, Omar Al Bashir, who faces charges of genocide, crimes against humanity and war crimes.

It’s simple: The world won’t play army for the ICC — for what should be obvious reasons — and, thus, the Court fails.

This problem of funding became more evident in May 2014, when the UNSC discussed the possibility of referring the situation in Syria to the ICC. France presented a draft resolution that included more than 60 co-sponsoring countries. This was seen as an opportunity for the ICC to intervene in one of the most serious human rights crises of the day, but the resolution was vetoed by Russia and China. In reality, had it passed, it might have simply weakened the international justice system. Without appropriate resources, political support, or even the possibility to carry out suitable investigations or arrests, what could the outcome possibly have been? What deterrent effect could the Court hope to have?

So…the ICC fails because the UNSC doesn’t refer cases to it.

And it would also plainly fail if the UNSC did refer cases to it.

A pattern is beginning to emerge…

1. Is there an alternate universe wherein the ICC somehow is anything other than the world’s most expensive press release factory?

Fail, fail, fail — now give us more money is not a very inspiring mantra.

2. Does anyone really believe this is all about funding and not about serious flaws in the ICC’s unbalanced and clearly exclusionary approach to international justice?

After all, you’d never know from the openDemocracy post that we’re talking about an institution which, as David Davenport memorably put in Forbes, might be “simply too expensive and inefficient to justify.”

Originally designed to make certain that war crimes, genocide and crimes against humanity were not ignored, the Court is supposed to achieve a sufficiently robust presence that it contributes “to the prevention of such crime.”  To that end, it has 34 judges, over 700 staff, and an annual budget of $166 million.  They say you can’t put a price on justice but $500 million per warlord conviction seems high by any standard.  And what do 34 judges do all day?  You don’t have to be a legal expert to figure that the preventive effect of convicting 2 warlords in 12 years doesn’t exactly leave international war criminals shaking in their boots.