Here We Go Again: UNESCO Doubles Down On Impotency and Posturing 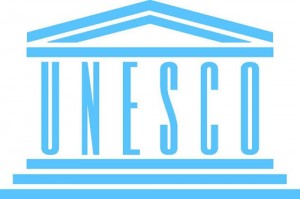 Once again we are breathlessly being told that the United Nations Educational, Scientific and Cultural Organization (UNESCO) will refer yet another batch of apocalypse-minded Islamist enemies of culture to the International Criminal Court — this time over the destruction of 15th century Muslim shrines in Timbuktu by al-Qaeda affiliated insurgents.

“Two months ago I met the prosecutor and I believe they are progressing rapidly, and I hope they will be ready to present the case before the ICC,” UNESCO General Director Irina Bokova said according to this AFP report.

Sounds great, but — as we asked back in March when Bokova was congratulating herself for referring ISIS to the ICC over the annhillation of artifacts in Mosul and promising her bold buck-passing would “mobilize a big part of the international community” — to what end? And mobilize how?

Which is to say, it seems highly unlikely that a gang of nihilists who man military checkpoints with twelve year-old soldiers, burn captives alive, gleefully behead noncombatants on camera for YouTube upload, and never miss an opportunity to crow about their eagerness to be martyred will be the same sort of people who fret about the opinion of the international community.

But let’s suppose, for the sake of argument, they were that sort of people. Why should they fear the ICC — an organization which after more than a decade and $1 billion dollars has precisely two convictions to match up alongside innumerable embarrassments and failures?

And if the purpose of the ICC — as evidenced by its sorry track record, monomaniacal fixation on selectively prosecuting countries without powerful benefactors, and fauxboasts of impartiality — is not actually universal justice or even deterrence, what is it?

The answer, more often than not, appears to be: A tool for great powers to impose their will and perhaps the most expensive outrage-meets-impotence press release factory in the history of mankind.