Is a Big New Tax Coming to Your Internet Bill? 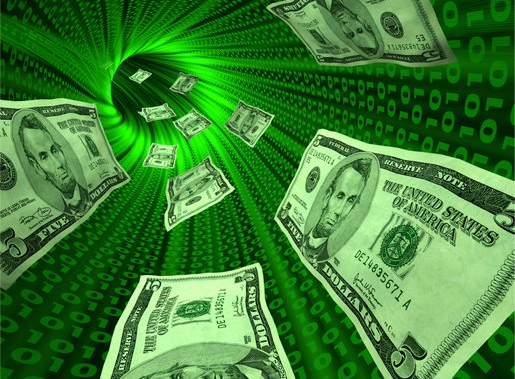 Since 1998 it has been prohibited by federal law for states and localities to tax Internet access. This policy, known as the Internet Tax Freedom Act, has been extended three times with broad bipartisan support. But it is set to expire again on November 1, and some Senate Democrats appear willing, this time, to allow it to actually expire if they can’t use it to leverage an unrelated tax issue. It’s a dangerous game that could cost taxpayers billions of dollars and worsen the digital divide by pricing some lower income Americans off of the Internet entirely.

The House, led by Judiciary Committee Chairman Bob Goodlatte of Virginia, passed a bill last month to make the ban on Internet access taxes permanent. It was a voice vote – meaning not a single member objected. “The permanent Internet Tax Freedom Act merely prevents Internet access taxes and unfair multiple and discriminatory taxes on e-commerce,” Goodlatte explained on the House floor. “It does not tackle the issue of Internet sales taxes.”

And that, for many senators, is the problem. The Senate has already passed a highly controversial bill authorizing states to collect sales taxes on out-of-state purchases called the Marketplace Fairness Act. But that bill – which is popular with retailers but not with most consumers, for obvious reasons – has not moved in the House.

Before the Senate left for its August recess, Senator Ted Cruz of Texas made a motion for the Senate to, like the House, unanimously pass a permanent extension of the ban on Internet access taxes. “One of the reasons the Internet has been such an entrepreneurial haven is that Congress has wisely decided to keep it free from taxation, not to subject the Internet to taxation,” Cruz said.

Unlike the House, however, his request was met not just with an objection but a rather emphatic one, voiced by Democratic Senator Heidi Heitkamp of North Dakota, likely on behalf of Senate Democratic leaders.

Heitkamp began with concerns that the bipartisan, 18-year policy of banning Internet access taxes potentially infringed the “sovereign right of States and local governments under the 10th Amendment,” an unusual concern from a liberal Democrat who supports national labor, environmental, and health care laws. (It also implies a misunderstanding of the purpose of the commerce clause, which as Cato scholar Roger Pilon often points out was intended to empower Congress to regulate or “make regular” interstate commerce by striking down barriers. Like Internet access taxes.)

Then she got to her real point: holding the successful, wildly popular ban on Internet access taxes hostage to their desire to force the House to authorize Internet sales taxes.

“I believe we too need to address the Internet tax moratorium which expires on November 1,” Heitkamp said. “But… we also need to have a discussion in this context of commerce clause responsibility, to give the States the right to decide whether they are, in fact, going to collect State and local taxes and use taxes.” (Use tax is the term for a tax owed on out-of-state purchases for which sales tax is not collected.)

While the ban on Internet access taxes enjoys nearly universal support, the idea of facilitating Internet sales tax is widely opposed by the public and is highly controversial in Congress. It is unlikely that issue will be resolved before the November 1 deadline, and therefore bringing it into the discussion is a dangerous game that risks allowing the ban on access taxes to expire. That would be a disaster.

But Katie McAuliffe of Americans for Tax Reform warns that the tax bite could be much bigger: “The average sales tax rate on voice services is 17 percent, and 12 percent on video services, while the average general sales tax rate is 7 percent.”

Higher bills mean many Americans, including children, could lose access to the Internet entirely. As Goodlatte observed on the House floor, former White House Chief Economist Austan Goolsbee has calculated that even a 1 percent tax on Internet access would reduce demand 2.75 percent.

The Internet Tax Freedom Act has never been controversial before and shouldn’t be controversial now. Senate Democrats need to stop playing games and approve the House bill immediately when they return from their summer vacation.

Phil Kerpen is president of American Commitment, a nationally syndicated columnist, chairman of the Internet Freedom Coalition, and author of the book Democracy Denied.