We Need Stronger Oversight Of ICANN 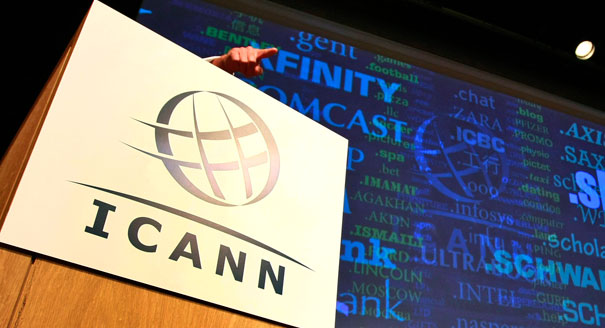 Whoever controls the Internet may control the future of global commerce. As more and more commercial platforms are developed, commerce is moving from Main Street into cyberspace at a rate that will make the Internet the global shopping mall of the future.

This makes Internet governance issues all the more important. Right now most of them are decided by ICANN – the Internet Corporation for Assigned Named and Numbers – a California-based company which the U.S. government – which developed the Internet in the first place – has made responsible for most of the Internet’s essential functions like the creation of new, top level global domain names that will exist alongside such familiar standards as .com, .org, and .edu.

It’s a big responsibility – and a lucrative one. ICANN determines when and how to roll them out and can charge whatever it chooses to licensees who want to use them. The process is not exactly transparent, so no one can say for sure how each name is valued – but each new domain name carries with it the potential for the kinds of commercial trickery that could end up raising prices for consumers for the goods they buy over the Internet in addition to the costs of access.

Recently, as one example, ICANN approved as a global top level domain name the extension .xyz – which is trying to establish itself as the new and improved commercial address, in essence a replacement for the .com extension with which everyone around the world is already familiar. Working with a company called Network Solutions – the Avis of domain names, perpetually coming in second in the number of registrants behind industry leader GoDaddy.com – the folks behind .xyz hit upon a novel idea to popularize the use of a brand they controlled: They started giving it away to people who had already registered and purchased the rights to use other names with other extensions. If you owned NorthAmericanWidgets.com you got NorthAmericanWidgets.xyz as a bonus – free through the end of the year.

Of course, as with everything that looks too good to be true, it is. Included in what passes for the Internet’s version of fine print is the caveat that if you do anything with this new domain name – even potentially going online and making sure it redirects to your main site, the place where all your metrics are compiled and where you, as a vendor, want people to go then you’re signing up for an automatic renewal you in the future must pay for. It’s kind of like the old and now discredited book club model, in which you got a book each month whether you wanted it or not. If you didn’t want it then you were responsible for sending it back, at your time and expense.

Of course giving away domain addresses also boost the numbers, making it look like more people are using it than actually are – which affects ad rates and other economic factors – not to mention the potential revenues flowing back to ICANN, which gets a cut of the fee every new registrant pays to get access to a web address they want.

The whole business seems fishy and is worthy of examination by Congress and the Federal Trade Commission, whose business it is to protect consumers from deceptive and unfair trade practices. If customers are not being told clearly what the terms and conditions for continued use of these new domain names are they are likely not aware that doing anything at all with them now is consent implicit consent to pay for them later.

The Obama administration has proposed handing off the final piece of Internet governance under U.S. control to ICANN itself – as fast as it can be done. The U.S. House of Representatives has expressed concern, recently voting to block the use of any appropriated funds to facilitate the transfer – even though President Obama promised to veto any legislation that included that provision. But if ICANN can’t be held to account now, under the current arrangement, for shifty, seemingly-shady marketing of top level domain names, then how might it behave after the government cuts the cord completely?

The guarantee of a safe, secure, free, and open Internet is much too important for the government to be allowed to just walk away. Consumer protection in cyberspace is an issue that is just starting to develop as the need becomes more and more apparent. These issues should be settled in U.S. courts and under U.S. law – some of which may yet need to be written. And that can’t be accomplished until Congress has a better handle on just how ICANN operates, making some oversight hearings all the more necessary in the short term.

Peter Roff, once a senior political writer for United Press International, appears regularly on the One American News Network providing comment an analysis on the political dimensions of public policy issues. This article was published at The Daily Caller.