It Doesn’t Matter How Many Americans Have Health Insurance 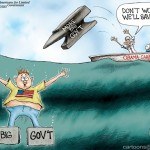 by Scott Lloyd • The Federalist

We remember the refrain from the run-up to Obamacare that 40 million Americans are without insurance, and we now have its echo in the Congressional Budget Office report that its repeal could lead to 18 million uninsured. Both of these figures are irrelevant.

If I have a broken leg, as a wounded person I want treatment that will heal it, and I don’t want it to ruin me financially. If I can get affordable care without health insurance, what difference is it to me that I have insurance? Similarly, if I have health insurance and the leg doesn’t get healed, or I am financially ruined, or both, what good is health insurance to me? 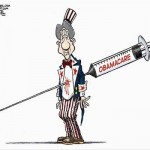 A Wisconsin insurance commissioner told lawmakers on Thursday that the state was better off before it implemented the Affordable Care Act and that the law did significant harm to the state’s health insurance market.

J.P. Wieske, deputy insurance commissioner for Wisconsin’s Office of the Commissioner of Insurance, said the state had a well-functioning market prior to the Affordable Care Act.

Wieske said that while Wisconsin was not the least expensive market in the country before Obamacare was implemented, it often ranked in the lowest third of states in terms of cost. In addition, Wisconsin offered consumer protections, guaranteed access for the most vulnerable, and had state authority to enforce the laws. The state also offered high-risk pools and subsidies for families with incomes up to $34,000 per year. END_OF_DOCUMENT_TOKEN_TO_BE_REPLACED 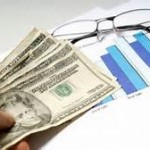 Joe Eddy, president and CEO of Eagle Manufacturing Company, testified before the House Committee on Education and the Workforce on behalf of the National Association of Manufacturers, a trade association that represents more than 12 million Americans.

“Manufacturers appreciate your attention to the burdens of the Affordable Care Act that are impacting the competitiveness and growth of manufacturers around the nation,” Eddy said. END_OF_DOCUMENT_TOKEN_TO_BE_REPLACED

Average Obamacare Deductible Will Jump 20% in 2017

The average deductible for a silver plan through the Affordable Care Act, one of the law’s most popular health insurance plans, is projected to jump 20 percent to $3,703, according to a report from Avalere Health.

Rep. Tom Price (R., Ga.), the nominee to lead the Department of Health and Human Services, said at his confirmation hearing that while many individuals have coverage through Obamacare, some of them are not getting the care they need because they cannot afford their deductible.

“I get calls almost weekly from my former fellow physicians who tell me that their patients are making decisions about not getting the care that they need because they can’t afford the deductible,” Price said. END_OF_DOCUMENT_TOKEN_TO_BE_REPLACED

For Me, Obamacare Means Paying All Your Own Bills And Never Getting The Doctor You Need 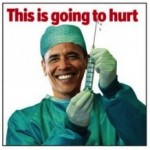 By M.G. Oprea • The Federalist

It’s that time of year. No, not New Years. It’s Obamacare enrollment time—that is, if you’re unfortunate enough to not have employer-sponsored health insurance.

There’s been a lot of media coverage lately about rising premiums. But the headache isn’t just financial, although that’s certainly part of it. With more insurance providers fleeing the individual market and coverage becoming worse and worse, getting the care you need can feel almost impossible.

To illustrate, I’d like to share my own experience buying insurance on the Obamacare exchange and trying to get treated for a chronic health problem. END_OF_DOCUMENT_TOKEN_TO_BE_REPLACED 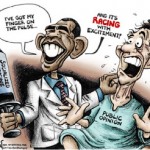 Health care spending in the United States grew 5.8 percent in 2015, hitting a record high of $3.2 trillion, according to the latest estimates from the Centers for Medicare and Medicaid Services.

Last year, health care spending in the United States totaled $3 trillion—or $9,523 a person. This year, per-person expenditures went up to $9,990.

“The faster growth in 2014 and 2015 occurred as the Affordable Care Act expanded health insurance coverage for individuals through Marketplace health insurance plans and the Medicaid program,” the report said.

The federal government is the biggest driver of health care spending and in 2015, 29 percent of the nation’s health care bill was due to the feds. END_OF_DOCUMENT_TOKEN_TO_BE_REPLACED 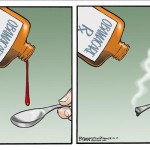 Health insurers approve of repealing Obamacare’s individual mandate, the part of the law that forces Americans to purchase health insurance or pay a penalty, among other provisions included in replacement plans put forth by Republicans.

America’s Health Insurance Plans, a trade association representing health insurance companies, released a paper this week outlining their views on how to make health care work for every American.

“The Affordable Care Act will see significant changes,” the group said, using the formal name for Obamacare. “Those changes can either begin a stable transition to a better approach, or they can bring about even more uncertainty and instability.” END_OF_DOCUMENT_TOKEN_TO_BE_REPLACED 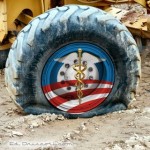 The vast majority of Americans want to change the Affordable Care Act regardless of whether they support the law or want it repealed, according to a poll from Gallup.

Since the election, more Americans, 53 percent, disapprove of Obamacare and 42 percent approve of it.

“Going forward, the vast majority of Americans want to see the law changed,” Gallup says. “This includes the 37% who want it repealed and replaced, along with a total of 43% of Americans who want the law kept, but with major changes.” END_OF_DOCUMENT_TOKEN_TO_BE_REPLACED 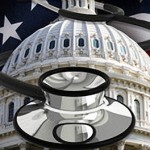 Rep. Kevin Brady (R., Texas), the chairman of the House Ways and Means Committee, said Tuesday that his two top priorities for the coming year are tax reform and replacing the Affordable Care Act.

At the Wall Street Journal‘s CEO Council meeting, Brady said President-elect Donald Trump is making economic growth the pillar of his presidency and that these two issues will play key roles.

“We have two overarching goals in tax reform,” Brady said. “We want a tax code not merely designed to wring money from you, which is the one we have today, [but] a tax code actually built for growth, designed to grow wages, jobs, and the U.S. economy.”

“Our other goal is to leapfrog America from dead last among our global competitors back into that lead pack, and keep us there going forward,” he said. END_OF_DOCUMENT_TOKEN_TO_BE_REPLACED

Putting Obamacare Out of Its Misery 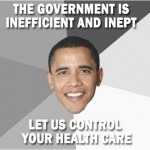 Discontent with Obamacare—and with the delivery of health care more broadly—unites most Americans across our other divisions. That discontent creates enormous opportunities and risks for our president-elect.

The new administration would be misguided to start a typical Washington process that brings the usual suspects to town for dull sessions that grind out pablum that no one will digest. On the other hand, they will not inherit a detailed roadmap from congressional Republicans and should not expect that any Health and Human Services (HHS) transition team, no matter how talented and focused, can quickly create a workable plan in isolation. END_OF_DOCUMENT_TOKEN_TO_BE_REPLACED

A doctor asks: Was ObamaCare designed to fail?

By Jeffrey I. Barke • The Hill

As ObamaCare’s troubles mount, I’ve heard my patients and my peers in healthcare ask: How could the law’s authors not have seen this coming?

For my part, I think a different question needs to be asked: What if they did? What if ObamaCare was purposely designed to fail?

Every day, it seems like there are a dozen new headlines about the crisis facing ObamaCare. Premiums are rising faster than ever. Meanwhile, health insurance companies are abandoning the law’s exchanges left and right, unable to compete in the top-down, regulation-driven environment created by the law. Less than three years into its implementation, the law has never looked so precarious. END_OF_DOCUMENT_TOKEN_TO_BE_REPLACED

The Obama administration could bail out Obamacare insurers through its risk-corridor program, according to an expert from the Mercatus Center.

The risk-corridor program was designed to constrain risk for health insurers who had uncertainty in pricing premiums for new plans they offered through Obamacare. The program was established and administered in years 2014, 2015, and 2016 and transferred funds from profitable insurers to insurers with losses.

In 2014, the risk-corridor program experienced a shortfall of more than $2.5 billion. Poorly performing insurers requested $2.87 billion in that year, while profitable insurers could only make up about $362 million, leaving a deficit of about $2.5 billion. END_OF_DOCUMENT_TOKEN_TO_BE_REPLACED 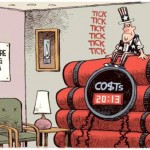 The auditors talked to stakeholders including policy experts, state departments of insurance, and exchange officials, and found that some Obamacare enrollees said the out-of-pocket expenses were too expensive before reaching their deductible. END_OF_DOCUMENT_TOKEN_TO_BE_REPLACED 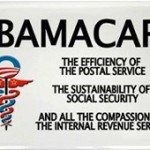 New Hampshire residents will have even fewer choices for health insurance next year as Community Health Options announced last week that it is dumping the Granite State to concentrate on its core business in Maine.

One insurance company after another has decided that it can’t operate under the Affordable Care Act, especially after Congress shut down the “risk corridors” they had hoped to use to defray losses. 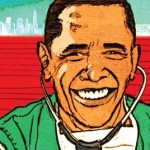 Republicans do not want to fix the existing flaws for Obamacare, Laszewski said. Instead, they want to repeal and replace it. He added that Democrats are now stating that they would rather go to a single-payer insurance plan or a public option within a government-run plan. END_OF_DOCUMENT_TOKEN_TO_BE_REPLACED