The movement of the classified information across Clinton’s private email server — which was registered to the former secretary of state’s home in New York — marks what could be the first major national security breach so far in the ever-growing scandal over her email setup.

According to The Times, in July, the Intelligence Community inspector general flagged the email as possibly containing information that originated with the National Geospatial-Intelligence Agency, which manages satellite and mapping systems. END_OF_DOCUMENT_TOKEN_TO_BE_REPLACED

The State Department IT worker who managed Hillary Clinton’s private email server while she was secretary of state will plead the Fifth Amendment if called to testify about his work on the Democratic presidential candidate’s mysterious email setup, his attorney informed the House Select Committee on Benghazi this week.

The committee subpoenaed Bryan Pagliano on Aug. 11, according to The Washington Post. In addition to testifying on Sept. 10, committee chairman Trey Gowdy asked Pagliano to produce documents related to the servers he managed on behalf of Clinton.

Pagliano worked on Clinton’s 2008 presidential campaign before moving over to the State Department in May 2009, several months after Clinton took office. He left the agency at the same time as Clinton, in February 2013. END_OF_DOCUMENT_TOKEN_TO_BE_REPLACED

Markings on no fewer than four emails contained on Hillary Clinton’s private system were changed to a category that blocks Congress and the public from viewing their contents, according to State Department whistleblowers.

The changes, which came to light after the first tranche of 296 Benghazi emails was released in May, was confirmed by two sources–one congressional, the other intelligence. The four emails originally were marked classified after a review by career officials at the State Department. But after a second review by the department’s legal office, the designation was switched to “B5”–also known as “deliberative process,” which refers to internal deliberations by the Executive Branch. Such discussions are exempt from public release. The B5 coding has the effect, according to a congressional source, of dropping the email content “down a deep black hole.” END_OF_DOCUMENT_TOKEN_TO_BE_REPLACED

In September 2010, the then-secretary of state emailed two State Department officials asking them to “follow up” with representatives of the Norwegian government who had expressed interests in donating to an effort called the Global Alliance for Clean Cookstoves.

“The Norwegian FM [foreign minister] told me Norway would join the Alliance and we should coordinate with his UN Rep. Will you pls follow up?” she wrote.

The email was one of hundreds made available on Monday in the latest release of messages sent and received by the Democratic presidential candidate while she steered U.S. foreign policy. END_OF_DOCUMENT_TOKEN_TO_BE_REPLACED

With Hillary Clinton running for president, it is hard to keep separate legitimate questions about whether her unorthodox email practices while secretary of state compromised national security from the partisan mud-slinging that comes with a political campaign.

Likewise, as the likely Democratic standard-bearer and former cabinet officer in the Obama administration, it is a stretch to assume the Justice Department will do a vigorous and impartial investigation into the email controversy and be entirely forthcoming with the results.

For the sake of everyone’s credibility, a special prosecutor should be appointed with the tools to quickly answer the questions before the presidential primaries begin.

That’s not a lot of time. The urgency of getting to the bottom of this argues for the tools a special prosecutor can bring to a probe. END_OF_DOCUMENT_TOKEN_TO_BE_REPLACED

The long, slow death of the rule of law in America 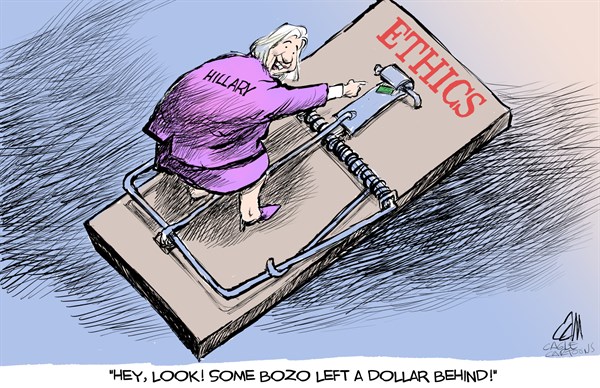 The most disturbing aspect of the scandal around Hillary Clinton’s use of a private e-mail server during her tenure as secretary of state is not the former first lady’s penchant for secrecy. In fact, we all ought to be a little taken aback that Mrs. Clinton’s poll numbers are declining as a result of that storyline. It boggles the mind to imagine that, after a quarter-century, there’s a slice of the electorate just now coming to the realization that she is not a terribly forthcoming politician.

What’s truly unsettling is that it has been widely taken as read among both the media and the general public that Mrs. Clinton will likely avoid serious legal consequences for her behavior because the Justice Department is ultimately answerable to President Obama – and Democrats will not use the instruments of government to destroy one of their own. Whether that eventually proves true, the sentiment itself reveals a troubling trend in American politics. END_OF_DOCUMENT_TOKEN_TO_BE_REPLACED

Climate change expert sentenced to 32 months for fraud, says lying was a ‘rush’ 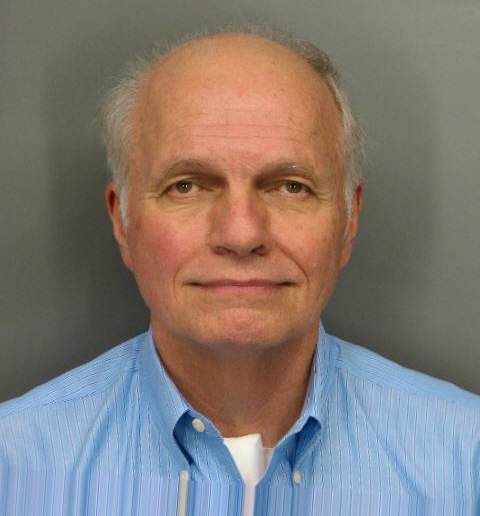 John Beale is set to be sentenced by a federal judge on Wednesday, Dec. 18. DOJ

The EPA’s highest-paid employee and a leading expert on climate change was sentenced to 32 months in federal prison Wednesday for lying to his bosses and saying he was a CIA spy working in Pakistan so he could avoid doing his real job.

John C. Beale’s crimes were “inexplicable” and “unbelievably egregious,” said Judge Ellen Huvelle in imposing the sentence in a Washington. D.C. federal court. Beale has also agreed to pay $1.3 million in restitution and forfeiture to the government.

Beale said he was ashamed of his lies about working for the CIA, a ruse that, according to court records, began in 2000 and continued until early this year.

“Why did I do this? Greed – simple greed – and I’m ashamed of that greed,” Beale told the court. He also said it was possible that he got a “rush” and a “sense of excitement” by telling people he worked for the CIA. “It was something like an addiction,” he said. END_OF_DOCUMENT_TOKEN_TO_BE_REPLACED

Hillary Clinton’s email scandal has grown into a credible threat to her candidacy. Worse for her, she continues to offer up a defense filled with contemptible excuses, weak explanations and outlandish dodges.

When asked Tuesday if she wiped her entire private email server clean before turning it over to investigators, Clinton responded with a retort suitable for a playground argument.

“Like with a cloth or something?” she asked, while making a wiping motion with her right hand.

It was a snarky answer — don’t tell us the humorless one was trying to employ humor — and it’s received a lot of attention. END_OF_DOCUMENT_TOKEN_TO_BE_REPLACED

Last week, the public learned that at least two of the 30,000 or more official work emails Hillary Clinton exposed to the world’s hackers and spies (before belatedly giving them to the State Department) contained “top secret” information. This is highly sensitive stuff that can be legally handled or discussed only within special, secure government facilities, with no recording devices allowed.

Another day, another shoe drops.

This week’s revelation is that there were actually at least 300 emails containing information that government officials are prohibited from allowing the public to see because it is probably also classified. Given the volume of Clinton’s emails yet to be analyzed, there are probably several times as many left to be disinterred.

So we now know that sloppiness with national security matters was the rule when Hillary Clinton ran the State Department. And what a contrast there is between her treatment of national secrets and her fastidious, thorough efforts to conceal what she did. She believes in security only after the horse has bolted — hardly a recommendation for the next commander in chief. END_OF_DOCUMENT_TOKEN_TO_BE_REPLACED

Now Hillary Clinton’s being compared to President Richard Nixon by one of the two reporters famous for breaking the scandal that brought Nixon down. How much worse is the email mess going to get?

The Washington Post’s Bob Woodward laid it out Monday: “You’ve got a massive amount of data. It, in a way, reminds me of the Nixon tapes: thousands of hours of secretly recorded conversations that Nixon thought were exclusively his.”

Then came ABC News’ report that a backup server likely holds all the emails Clinton said she’d deleted — which could open up a whole new front in the probe.

More bad news: The State Department has flagged another 305 Hillary emails as likely containing classified information. This despite Clinton’s claim that such info never touched the personal account she used for all her government business. END_OF_DOCUMENT_TOKEN_TO_BE_REPLACED

Former CIA spy on Clinton emails: ‘You and I would get fired and possibly jailed’ for this 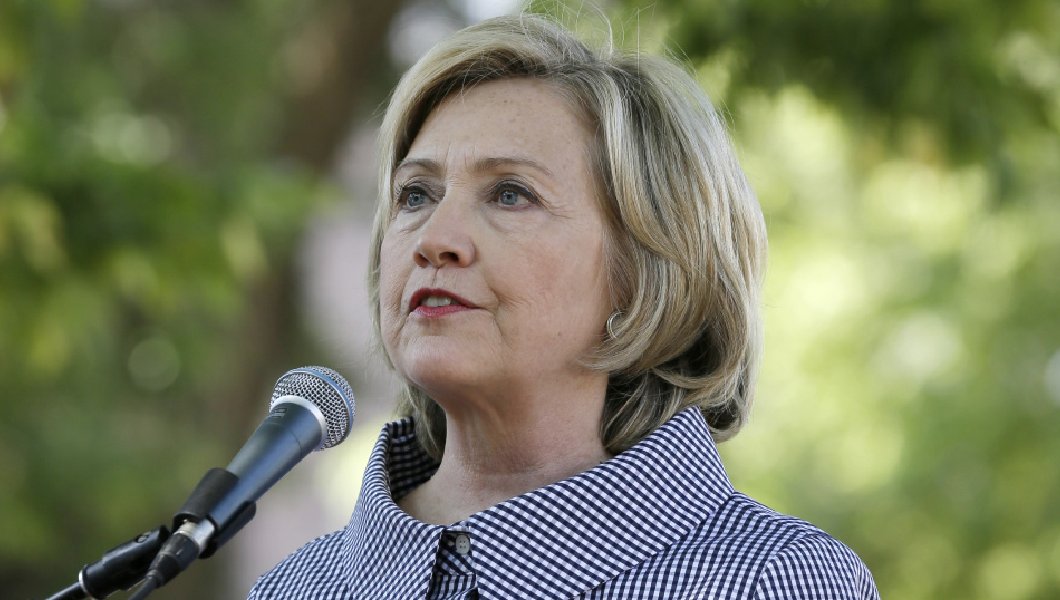 Baer, a former CIA officer and commentator on national security issues, said that sending or receiving top secret information is a “transgression that I don’t think the president of the United States should be allowed to have committed.”

In an interview with CNN International, Baer claimed that the markings on emails believed to have crossed the private server Clinton maintained as secretary of state represented the highest levels of secrecy in the government.

“You don’t get any more secret than that,” he said. END_OF_DOCUMENT_TOKEN_TO_BE_REPLACED

Bob Woodward: Clinton emails ‘reminds me of the Nixon tapes’

On MSNBC’s “Morning Joe,” Woodward, who through his reporting helped break open the Watergate scandal, said it’s at least suspicious that Clinton’s emails from her tenure as secretary of state were wiped away from a server she owned privately.

“Follow the trail here,” Woodward said. “There are all these emails. Well, they were sent to someone or someone sent them to her. So, if things have been erased here, there’s a way to go back to these emails or who received them from Hillary Clinton. So, you’ve got a massive amount of data in a way, reminds me of the Nixon tapes: Thousands of hours of secretly recorded conversations that Nixon thought were exclusively his.” END_OF_DOCUMENT_TOKEN_TO_BE_REPLACED

CNN Intel Analyst: Hillary’s Server a Deal-Breaker, ‘I Can’t Tell You How Bad This Is’

CNN Intelligence and Security Analyst and former CIA spy Robert Baer said that Hillary Clinton’s server and the material reportedly on it is a deal-breaker, adding, “I wonder if she’s capable of being president,” “you and I’d get fired, and possibly jailed. This could be a felony,” and “[this] is a transgression that I don’t think the president of the United States should be allowed to have committed on Saturday’s “CNN Newsroom” on CNN International.

Baer said of the security classifications mentioned in reports about the material on Clinton’s server, “You don’t get anymore secret than that. ‘TK’ is talent keyhole, relates to satellite — very classified satellite photography. ‘SI’ is special intelligence, which could relate code breaking, the National Security Agency, even Snowden didn’t get into that. And if this, in fact, was on a private server, you and I’d get fired, and possibly jailed. This could be a felony.” END_OF_DOCUMENT_TOKEN_TO_BE_REPLACED

While media coverage has focused on a half-dozen of Hillary Rodham Clinton’s personal emails containing sensitive intelligence, the total number of her private emails identified by an ongoing State Department review as having contained classified data has ballooned to 60, officials told The Washington Times.

That figure is current through the end of July and is likely to grow as officials wade through a total of 30,000 work-related emails that passed through her personal email server, officials said. The process is expected to take months.

The 60 emails are among those that have been reviewed and cleared for release under the Freedom of Information Act as part of a open-records lawsuit. Some of the emails have multiple redactions for classified information. END_OF_DOCUMENT_TOKEN_TO_BE_REPLACED

A federal judge ordered the State Department on Thursday to work with the FBI to get access to the 32,000 emails former Secretary of State Hillary Rodham Clinton said were personal and that she didn’t return to the government, as the courts get more deeply involved in the Democratic presidential front-runner’s email practices.

One judge is trying to decide how the government is going about determining what classified information is included in Mrs. Clinton’s messages, while another is exploring the email practices of Mrs. Clinton’s top aides, as the State Department deals with a backlog of requests for her communications, which she only recently returned to the administration.

Responding to a judge’s order, the State Department instructed Mrs. Clinton and aides Huma Abedin and Cheryl Mills to save all “federal documents, electronic or otherwise, in her possession or control,” and to assure the government that none of them will be deleted. END_OF_DOCUMENT_TOKEN_TO_BE_REPLACED