Also shortly after the private plane meeting, former FBI director James Comey announced that agency would not pursue a case against Clinton, despite admitting he had enough evidence to do so. END_OF_DOCUMENT_TOKEN_TO_BE_REPLACED

Judicial Watch announced that the Justice Department refuses to disclose the talking points developed by the Obama Justice Department to help it respond to press inquiries about the controversial June 27, 2016, tarmac meeting between Loretta Lynch and Bill Clinton at Phoenix Sky Harbor International Airport.

The Justice Department heavily redacted the documents under Exemption b (5), which allows agencies to withhold draft or deliberative process material. The blacked-out material centers around talking points drafted and used by Justice to respond to press inquiries about the Lynch-Clinton meeting.

Documents reveal Department of Justice staffers were given a ‘heads-up’ that ABC15 had learned about the meeting, and assisted the Attorney General on how to address any potential questions from reporters. END_OF_DOCUMENT_TOKEN_TO_BE_REPLACED

by The Federalist Staff

In news that should shock and anger Americans, U.S. Attorney General Loretta Lynch told the Senate Judiciary Committee on Wednesday that not only has she discussed internally the possibility of pursuing civil actions against so-called “climate change deniers,” but she has “referred it to the FBI to consider whether or not it meets the criteria for which we could take action.”

Lynch was responding to a question from Sen. Sheldon Whitehouse, D-R.I., who urged Lynch to prosecute those who “pretend that the science of carbon emissions’ dangers is unsettled,” particularly those in the “fossil fuel industry” who supposedly have constructed a “climate denial apparatus.”

Lynch is apparently following in the footsteps of California Attorney General Kamala Harris and New York Attorney General Eric Schneiderman, both of whom have opened up investigations of ExxonMobil for allegedly lying to the public and their shareholders about climate change. END_OF_DOCUMENT_TOKEN_TO_BE_REPLACED

Justice Department officials used “prosecutorial discretion” to shelter former IRS official Lois Lerner from a grand jury after she was held in contempt of Congress.

“I believe that in the exercise of prosecutorial discretion, the matter was handled and was resolved,” Attorney General Loretta Lynch told the House Judiciary Committee on Tuesday morning.

The administration’s invocation of prosecutorial discretion has become familiar to lawmakers through the debate over President Obama’s recent series of executive orders on immigration, and it frustrates Republicans. Lynch’s answer particularly annoyed Representative Darrell Issa (R., Calif.), who led much of the investigation into the IRS’s Tea Party targeting scandal when he was chairman of the House Oversight and Government Reform Committee. END_OF_DOCUMENT_TOKEN_TO_BE_REPLACED

Members of the Judiciary Committee need to get answers from Obama’s nominee for attorney general. 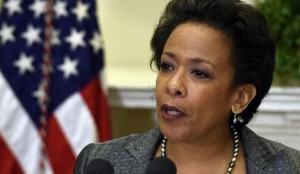 This week, Iowa Republican Sen. Charles Grassley will call to order a meeting of the Senate Judiciary Committee for the purpose of considering President Barack Obama’s nomination of Loretta Lynch to be the next attorney general of the United States.

In the main, the nomination is not controversial – though it should be. As my Frontiers of Freedom colleague George Landrith has written in The Washington Times questions, serious questions, have been raised about the conduct of prosecutors working under Lynch in the office of the U.S. Attorney for the Eastern District of New York. They should be enough to slow the nomination’s progress until she can explain how and why the rights of crime victims and their ability to apply for restitution as specified in existing federal law were ignored and what steps she has taken to correct these wrongs. END_OF_DOCUMENT_TOKEN_TO_BE_REPLACED

As U.S. Attorney in the Eastern District of New York, Lynch perpetuated the concealment of criminal cases to protect fraudsters who promised cooperation against other criminals. For example, in the Felix Sater case, her office not only hid his victims’ legal rights to seek mandatory restitution, it continues to let him live the high life on his share of the $40 million stolen from the life-savings of his victims. Even more astonishing, this fraudster was allowed to bilk a new generation of victims by falsely presenting himself as a businessman with a clean record, all because his record was kept hidden. END_OF_DOCUMENT_TOKEN_TO_BE_REPLACED

Senators should probe her disregard for the rights of crime victims

The president’s nomination of Loretta Lynch to be the next attorney general caught many by surprise. Given his penchant for perpetual campaigning and divisiveness, most analysts expected him to choose a known partisan rather than a relatively unknown prosecutor. Nonetheless, as her record receives more scrutiny, some troubling details are coming to light — something few anticipated when she was first nominated.

The New York and Washington press have both reported that Ms. Lynch, while serving in her current post as U.S. attorney for the Eastern District of New York, oversaw an environment in which prosecutorial misconduct, trampling on the rights of victims, and violations of the law by prosecutors working for her were more routine than anyone should be comfortable with. END_OF_DOCUMENT_TOKEN_TO_BE_REPLACED 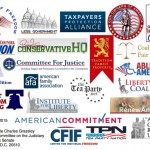 The issue is of respect for the law. For example, under federal sentencing law, specifically the Mandatory Victims Restitution Act, restitution is “mandatory” as to defendants who are sentenced for certain designated crimes. The statute, 18 U.S.C. 3663A(a)(1) begins, “Notwithstanding any other provision of law….” a defendant who is convicted of certain crimes must have a sentence of restitution imposed. In Dolan v. United States, 560 U.S. 605, the Supreme Court held in 2010 that sentencing errors or omissions that result in a failure to award restitution may later be corrected, so holding because Congress made its intent clear when it used that language, “Notwithstanding any other provision of law.”  But it appears to be the pattern and practice in the Eastern District to allow cooperators to keep the money they’ve pled guilty to stealing, in exchange for “good” cooperation. END_OF_DOCUMENT_TOKEN_TO_BE_REPLACED