The Texas senator blocks legislation that could lead to world-wide censorship of the Web. 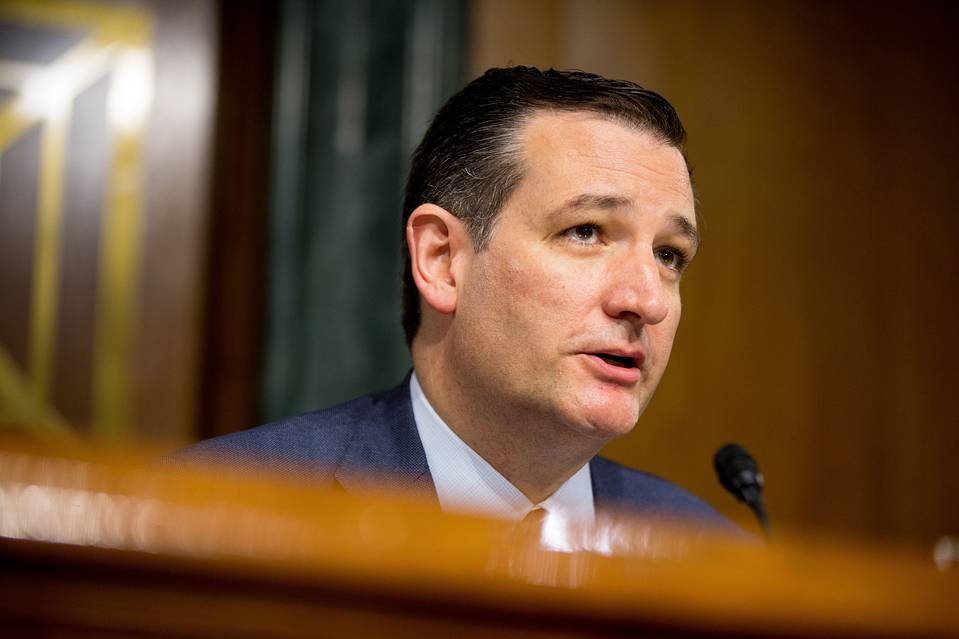 Sen. Ted Cruz wants to safeguard the open Internet from authoritarian regimes. You’d think that would be an easy position to take, but it’s not. The Texas senator and presidential candidate is bucking the leadership of his Republican Party to push hard against the Obama administration plan to abandon America’s protection of the Internet from political interference.

This became an issue in March 2014, when the Commerce Department announced it would give up its Internet oversight by September 2015. Commerce exercises oversight through its contract with the Internet Corporation for Assigned Names and Numbers, or Icann, which keeps the engineers and network operators who manage the Internet free from political interference. China, Russia and other authoritarian regimes can censor websites only within their own countries, not globally as they have long desired.

Congress used its budget power to block Commerce from giving up the Icann contract during 2015, which should mean a two-year renewal into the next presidency. The Obama administration ignored that timetable and set the new date of July 2016 to give up control. Meanwhile, no alternative has emerged to protect the open Internet.

The House passed the Dotcom Act (“Domain Openness Through Continued Oversight Matters”) in June, which requires the Obama administration to present such a plan to Congress. The Republican leadership supports the bill, but Mr. Cruz put a hold on it in the Senate because of a fatal flaw: U.S. protection for the Internet would automatically end 30 days after the Obama administration presents its plan unless Congress votes against it. Mr. Cruz instead wants to require congressional approval of any administration plan.

“It’s a key issue that the U.S. not give away control of the Internet to a body under the influence and possible control of foreign governments,” Mr. Cruz told me last week. “U.S. leadership is still needed, and we should defend freedom of speech and freedom on the Internet, not hand it over to other countries with different priorities.”

Mr. Cruz argues that the Dotcom Act is bad policy and unconstitutional. He cites the Constitution’s Property Clause (Article IV, Section 3), which says Congress must pass legislation before government property can be transferred. Under the contract between Commerce and Icann, “all deliverables provided under this contract become the property of the U.S. government.” The power to dispose of it, as Mr. Cruz says, belongs to Congress, “not to an assistant secretary of the Commerce Department.”

The administration claims it won’t hand the Internet over to a body controlled by governments. But in anticipation of the American abdication, many governments are quietly finalizing the details of how they take over.

At an Icann meeting in Paris last month, several governments said they would upgrade the current advisory role for governments within Icann as soon as the U.S. gives up control. They would elevate governments above Internet stakeholders—network operators, engineers and civil society groups. China, Brazil and France define this as “enhanced” power for governments.

A concerned participant shared with me internal Icann documents prepared for the meeting. A survey Icann conducted on the future of Internet governance highlights the dangers of an Obama surrender. Russia’s response to the survey insists that governments get “a more meaningful role than an advisory role . . . in all matters affecting public policy.” China wants “independent status” for governments in controlling the Internet. Even Switzerland wants more power for governments.

The Obama administration is conducting “stress tests” for what happens without U.S. protection. What’s called “Stress Test No. 18” relates to how governments could get control over Icann. Under current rules, governments can press Icann on Internet policy issues only if no country objects—“any formal objection” by just one country vetoes a power grab by governments at the expense of the multistakeholder community.

The Obama plan for Icann if the U.S. contract ends now requires only a “consensus” among governments to dictate Internet policy. That’s a far lower standard than today’s requirement of unanimity and would further sideline U.S. influence. The majority of authoritarian governments could act together to politicize Icann. Instead of censoring GayRightsInRussia.org or LiberateTibet.org only in their own countries, Russia and China could forge a “consensus” to impose a global ban.

Protecting the open Internet was a bipartisan issue for many years and should be one again. The Obama Internet giveaway invites a high-profile campaign issue for politicians who oppose it. Considering the popularity of the Internet, being for it is better politics than being against it.