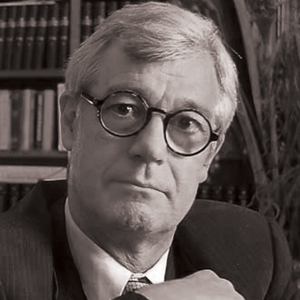 Over in Australia “prominent barrister” Julian Burnside has come up with a plan to break, however briefly, the International Criminal Court’s monomaniacal fixation on Africans…by luring the the aspiring transnational behemoth onto the flailing side of his nation’s domestic policy disputes!

Mr Burnside told Lawyers Weekly it was his personal view that Mr Abbott and Mr Morrison, as well as politicians responsible for the mistreatment of boat people in previous Liberal and Labor governments, are guilty of crimes against humanity.

“I’ve looked at it pretty carefully for quite a long time and I don’t think there is much scope for argument about it.

“The fact that our mistreatment of asylum seekers amounts to a crime against humanity, I think, is fairly clear,” he said.

Mr Burnside said he was preparing a communiqué to the ICC and was hoping that lawyers with international reputations might be prepared to lead the charge.

To be fair to Mr. Burnside, his proposal does nicely dovetail with two of the ICC’s most successful ongoing projects — i.e. ostentatious showboating and no substantive action — and the barrister appears to understand this well:

[Burnside] said he did not expect that the ICC would have the resources to actually prosecute Australian politicians but was hopeful that an ICC investigation could be launched.

This alone would help send the message that the government’s asylum seeker policies fly in the face of core Australian values and beliefs, according to Mr Burnside.

“[The ICC] has a lot of more important things to prosecute at the moment but I thought if they were to start an investigation then a lot of Australians that are otherwise unconcerned about these things might sit up and take notice,” he said.

1. It is fairly clear the world is waking up to the fact that the ICC is a politicized weapon, and should be wielded as such, whenever the opportunity arises.

2. The “human rights abuses on Manus Island and Nauru” Mr. Burnside is no doubt sincerely concerned about should be investigated and ameliorated, but drawing a court with a history of worsening far more international situations than it resolves does not seem the best way to achieve those aims.