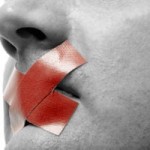 The proper word for that attitude is totalitarian. It declares certain controversies over and visits serious consequences — from social ostracism to vocational defenestration — upon those who refuse to be silenced. END_OF_DOCUMENT_TOKEN_TO_BE_REPLACED

The FEC’s plan to police the newsroom

Why is the agency studying ‘perceived station bias’ and asking about coverage choices?

News organizations often disagree about what Americans need to know. MSNBC, for example, apparently believes that traffic in Fort Lee, N.J., is the crisis of our time. Fox News, on the other hand, chooses to cover the September 2012 attacks on the U.S. diplomatic compound in Benghazi more heavily than other networks. The American people, for their part, disagree about what they want to watch.

But everyone should agree on this: The government has no place pressuring media organizations into covering certain stories.

Unfortunately, the Federal Communications Commission, where I am a commissioner, does not agree. Last May the FCC proposed an initiative to thrust the federal government into newsrooms across the country. With its “Multi-Market Study of Critical Information Needs,” or CIN, the agency plans to send researchers to grill reporters, editors and station owners about how they decide which stories to run. A field test in Columbia, S.C., is scheduled to begin this spring. END_OF_DOCUMENT_TOKEN_TO_BE_REPLACED